Within Ferrari lore, there’s a much-repeated story attributed to Enzo, where someone asks him, “What’s the best Ferrari,” and the old man answers, “The next one.” Technically, that should be true for any carmaker. But, ask a Ferrari collector the same question, and the answer is more likely to be, “It depends.”

For many if not most car enthusiasts, “best” is not a useful objective measure. It’s a subjective assessment based on a wide array of experiences, opinions, emotions and memories. One Ferrari sure to make the “best” list would have to be the 2010-2015 458 Italia, which is now fairly plentiful in the secondary market. 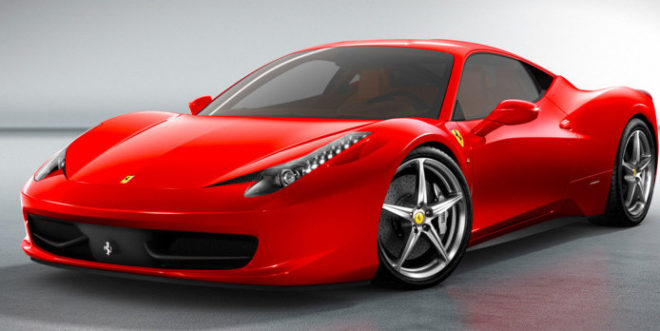 Replaced by the Ferrari 488 series for 2016, the 458 Italia was the final naturally aspirated mid-engine V8 model from the marque. All Ferrari V8s now combine lower displacement than the 458’s engine with turbocharging, yielding (slightly) better fuel efficiency and way more torque.

The successor to the Ferrari F430, the 458 Italia is also drop-dead gorgeous. That’s an opinion, of course, but try to find someone who doesn’t share it. An exceptionally powerful engine, Formula One-derived handling technology and a sumptuously curved Pininfarina-designed body make for a thrilling combination.

When new, the Ferrari 458 Italia reset just about every measurement bar one could apply to a high-performance sports car. The editors at Motor Trend magazine wrote: “The 458 Italia surrounds you so completely with its talent, it almost feels an organic extension of your senses … this Ferrari turns mere mortals like you and me into driving gods.” 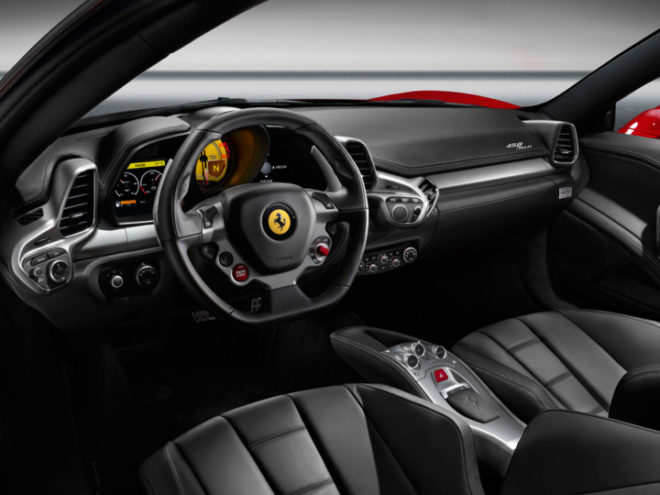 A Supercar in Most Peoples’ Books

The heart of the 458 Italia is a 4.5-liter aluminum V8 that can take this road-bound bolide from zero to 60 mph in three seconds and on to a maximum track speed of just over 200 mph. The V8 is Ferrari’s preferred “flat crank” design, translating into very fast revving and a raspy buzz mixed with V8 burble from the three centrally mounted tailpipes.

The 4.5-liter powerplant was the first from Ferrari with direct fuel injection, which allowed a super-high 12.5:1 compression ratio. The bottom line is 562 hp at a stratospheric 9,000 rpm. At high rpm, it delivers a stirring, visceral soundtrack that some feel is missing from the latest turbocharged Ferraris.

Back when Tom Selleck was America’s most famous Ferrari driver, a Ferrari V8 made less torque than the V6 in your grandma’s ’76 Buick Regal. But the 458 Italia – naturally aspirated, remember – makes 398 lb/ft of torque, a number more in line with larger American V8s. True, the torque peak arrives at a fairly high 6,000 rpm, but 80 percent is available at just 3,200 rpm, making the 458 Italia feel alive and eager in all driving situations.

Observed Car & Driver about the 458’s motor: “This is a supercar engine from the old school, an engine like you used to imagine them as you gazed up at that poster on your bedroom wall – but in fact light-years better than that 1980s reality.” 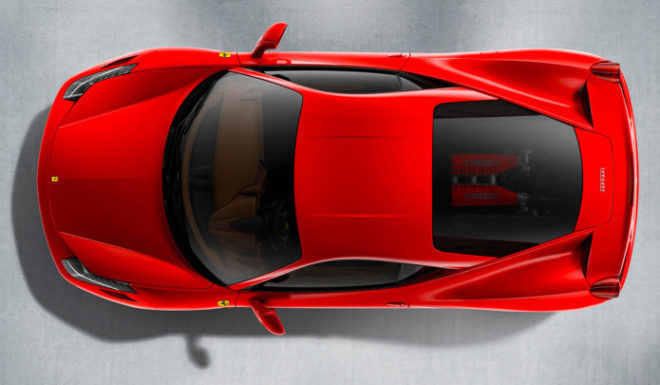 One thing the 458 Italia did not have that at least some F430s did was a stick shift. The 458 Italia helped usher in Ferrari’s dual-clutch automatic transmission era, a successor to the early single-clutch F1 transmission. Using the paddle shifters, the 7-speed DCT delivers lightning-quick shifts, but also does that when shifting automatically, as if wired to your brain.

Racing-derived and track-proven chassis technology made the 458 Italia a track star, and that was before Maranello issued the even more track-tuned 458 Speciale. The hardware is impressive: the E-Diff electronic differential, F1-Trac traction control and high-performance antilock brake system, the latter with ceramic composite discs. Using the manettino control dial on the steering wheel, select the level of handling response you want, all the way to a track setting.

On the road, the 458 Italia earned kudos for ride quality, too. (Yes, ride quality!) This was a Renaissance Ferrari. But it was, in Car & Driver’s words, also an animal, or nearly so:

“To many, the Ferrari is exactly what a classic supercar is supposed to be – loud and unrestrained and stunningly alive. It is perhaps the closest man has come to creating an animal.”

Naturally, Ferrari later offered the 458 Spider, wit the surprise of a retractable hardtop roof, and then the 597-horsepower 458 Speciale and the 458 Speciale A, for Aperta – the Spider version, with 499 built. 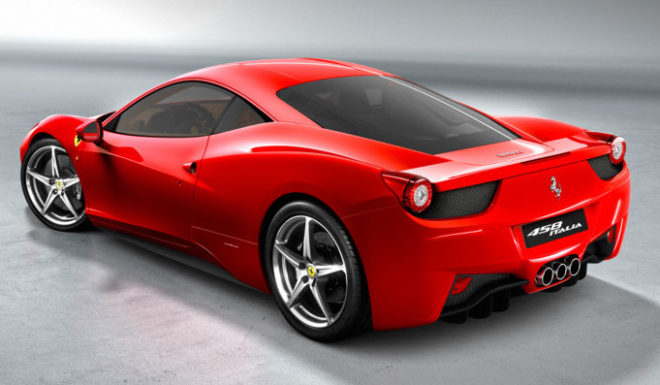