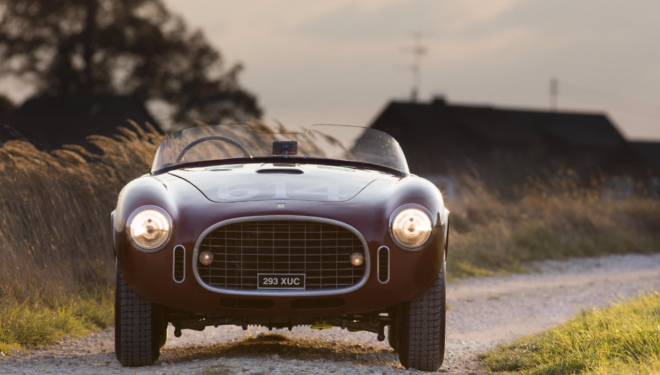 Bonham’s, one of the world’s oldest and most distinguished auction houses, is bringing no less than their best to this year’s Scottsdale sale. Their docket covers all colors of the automotive spectrum, from a pre-war Alfa Romeo 6C with rich racing provenance to an offbeat VW Camper Van.  Our team of leasing professionals and automotive enthusiasts will be watching the bidding closely to see where 2017 might be heading.  Here are a few of the cars that piqued their interest.

Premier’s West Coast Sales Manager, Juan Garcia, has his eye on the 1988 Lamborghini LM002 offered at Lot 7.  Originally designed as an off-road vehicle for military use, the LM002 is one of the most outrageous vehicles ever produced by the already avant-garde Italian marque.  Nicknamed the “Rambo Lambo,” this capable all-terrain 4×4 develops 444 brake horsepower from the Countach’s aluminum V12.

Michelle Yancey, our Southwest Sales Manager, is eagerly waiting for Lot 18‘s 2009 Dodge Viper Venom to cross the block.  With 2017 marking the final year of the Viper’s quarter-century run, Michelle is curious to see if the bidding exceeds the $150,000 estimate. Regardless of market trends, this Viper is a true performance machine; modified by the famous Hennessey tuning house, it hides a 1,000hp V10 under its scooped hood.

The 1972 Ferrari 365GTB at Lot 11 has caught the attention of our Southeast Sales Manager, Chris Warren.  Continuing in the tradition of the 250 GT Lusso, the Daytona pairs the performance of a front-mounted Ferrari V12 with leather-clad luxury and an elegant design.  Pop-up headlights allowed for a long, low hood that helped this GT to over 170 mph.   This Fly Yellow example has its original engine and interior, and has covered precious few miles over its 45-year life.

Keith Neelans, Premier’s Northeast Sales Manager, is enamored with the 1966 Ferrari 330 GT at Lot 38. The 330 is a refined 2+2 grand tourer that puts Ferrari’s iconic V12 in a more subtle, practical package. Finished in black over a red leather interior and recently restored to showroom condition, this classy automobile is as well suited to a rally as it is to a concours.

Premier’s corporate office in Woodbury, Connecticut has taken an interest in the 1970 Porsche 914-6 offered at Lot 35.  The 914-6 is the chassis of the cute, entry-level 914 packed with the 911’s air-cooled flat six in the back seat.  Born out of a partnership with VW, the 914 was largely ignored by collectors in spite of its quirky looks and terrific handling.  However, with the recent rise in Porsche values, the 914-6 in particular is finally getting the attention it deserves.

Whether you’re bidding for anything from a Ferrari GT to a Lamborghini tank at Bonham’s Scottsdale Auction, Premier Financial Services’ Simple Lease can take the stress out of an auction. Call us today to get pre-approved to lease from auction and discover the Premier Difference.  But remember to look over your auction basics to make sure your favorite lot doesn’t slip through your fingers at Scottsdale this year.