The year 1964 was pivotal for Porsche. The company introduced the 911 as a successor to the long-running 356 series, and for competition, Porsche fielded a more focused track machine with an eye on FIA GT racing, the 904 GTS, a.k.a. Carrera GTS.

The 904 went on to immediate racing success and put Porsche on an endurance racing path that would culminate with its first Le Mans overall wins with the astounding 917 racers in 1970 and 1971.

The 904 was very rare, with Porsche making just 106 of them in 1964 and 1965. Finding one of these historic cars in numbers-matching condition would be a rare occurrence, indeed. Two turned up this year, one sold by RM Sotheby’s at its Paris sale in February for $2m, and the other currently on offer from Gooding & Company.

Here’s a look at the incomparable Porsche 904 GTS. 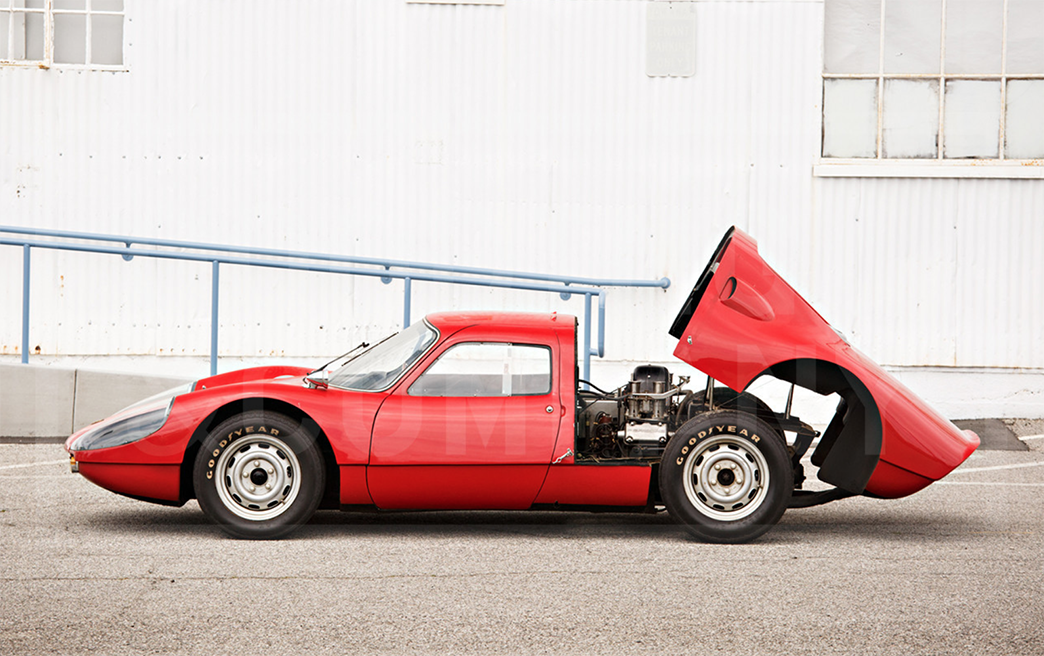 Despite wedding its road cars to a rear-engine configuration in the 1950s and 1960s, Porsche had shown from the early 1950s with the 550 Spyder that a mid-engine layout was superior on a race track. The 718 Spyder that succeeded the 550 in 1957 would score a stunning first-in-class and third overall at Le Mans in 1958. The 718 also won Italy’s Targa Florio three times.

For that car’s successor, the mid-engine 904, Porsche built and incredibly light and aerodynamic package applying building techniques that were new for the marque. The 904 used a steel boxed steel chassis, and, in a first for Porsche, a fiberglass body. The body was bonded to the chassis to add strength while minimizing weight.

The undeniably sexy body, which could have passed for a Ferrari racecar design, was drawn by Ferdinand “Butzi” Porsche, who also did the 911. Imagine having those two masterpieces on your resume. 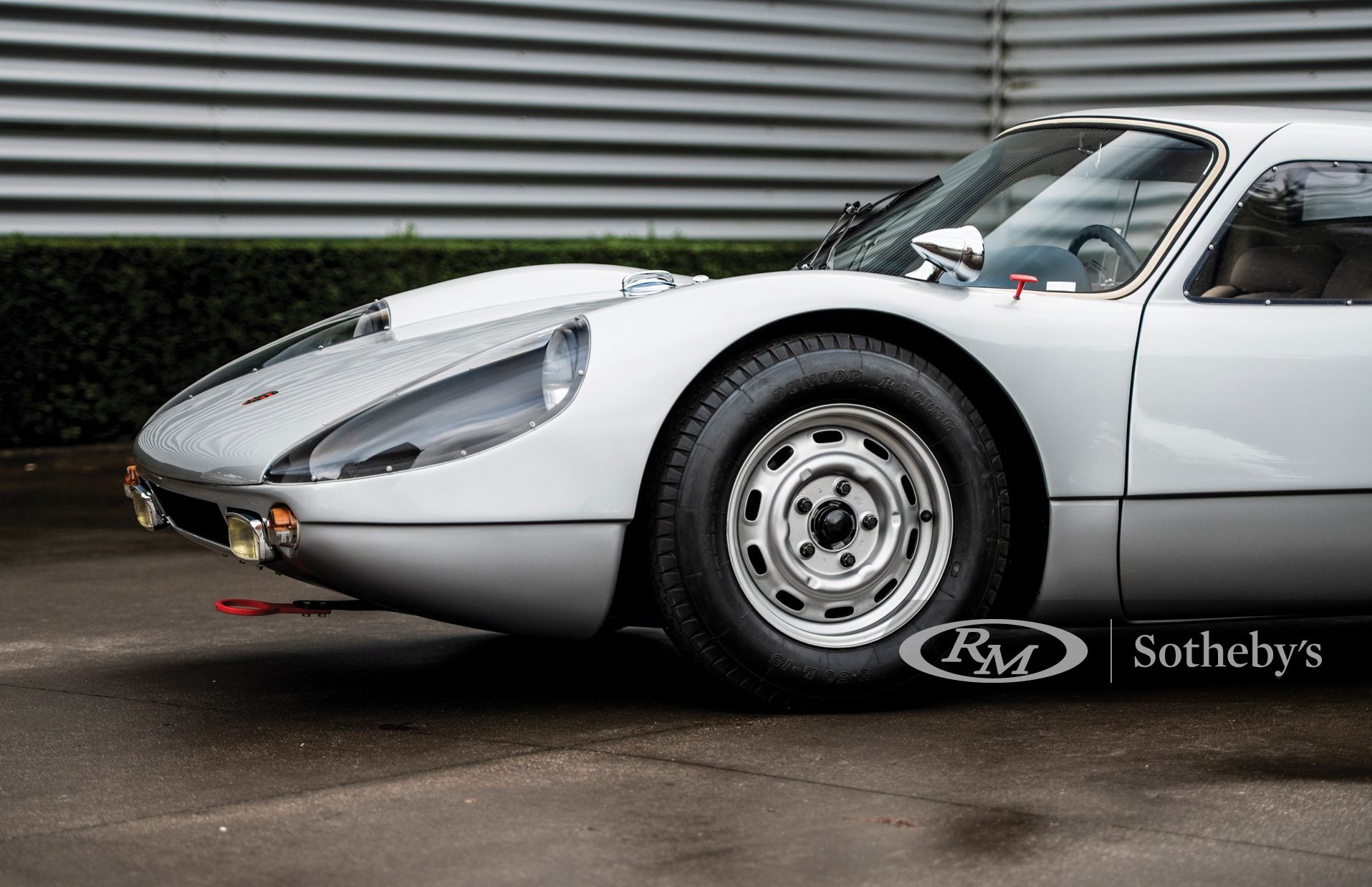 Weighing under 1,500 pounds, the Porsche 904 exemplified the results of combining ultra-low weight, superb aerodynamics and small-displacement engines that was also generating much attention at Lotus in Britain.

In the 904’s case, the 42-inch high body and 0.34 coefficient of drag were key contributors to achieving a 160-mph top speed. This is higher than Porsche’s earlier sports racing cars could reach. The closed coupe body was also ideally suitable for long-distance racing. 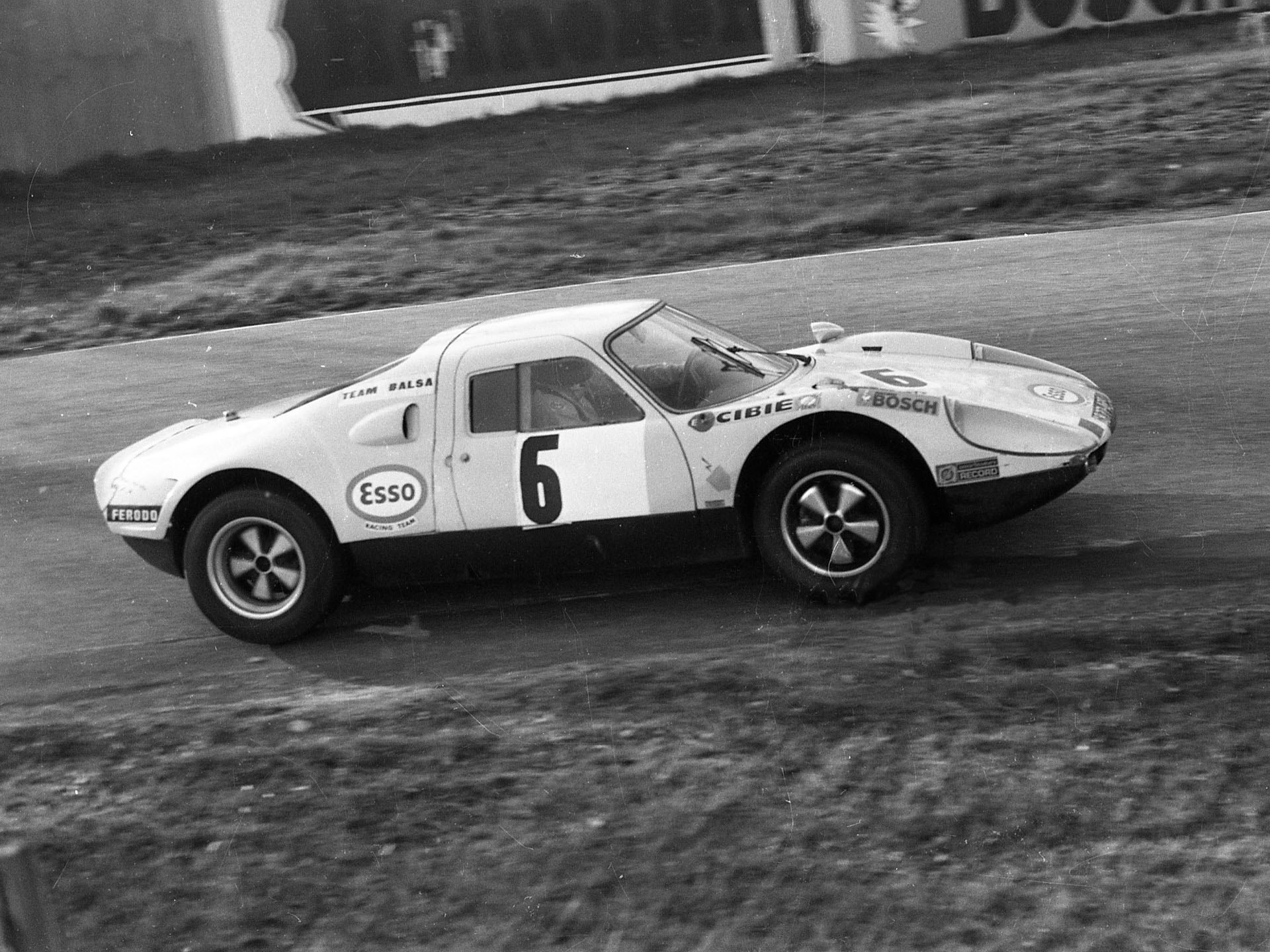 Race Winner from Day One

While Porsche developed the 904 as a dual-purpose car for road and track, the focus was mainly on racing. The 904 proved to be a formidable and reliable competitor wherever it competed.

The True Meaning of Dual Purpose

Even with its race-oriented engineering and spartan accommodations, the Porsche 904 could easily serve as a road car. That was the case for the car on offer by Gooding & Company.

Built in April 1964, this 904 was one of three ordered by Ernesto Prinoth. Prinoth was an Italian racer and manufacturer of snow-grooming vehicles. Prinoth kept this car for himself and sold the other two. By 1968, it was in California in the hands of Leslie Gunnarson, a Porsche enthusiast, collector and one-time president of the PCA Orange Coast Region.

Gunnarson had the 904 repainted from its original silver to red and augmented the interior to improve driving comfort. He debuted the restored 904 at the 1969 Porsche Parade, won a First in Class prize, and then drove it regularly over the next 20 years. It remained in his collection for more than 50 years and today retains its original engine and transaxle.

Gunnarson’s enjoyment of the 904 as a road car was just as fitting as racing a 904. That was its real nature, and as such, it was Porsche’s last true dual-purpose road/race car. The 904’s successor, the 906, was a pure racer. 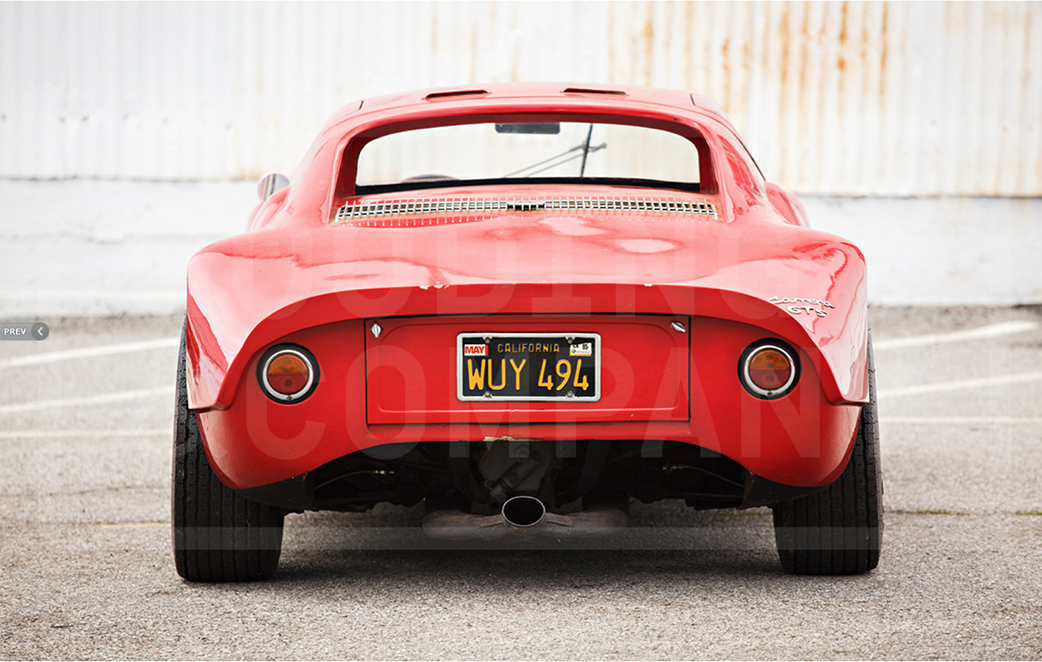