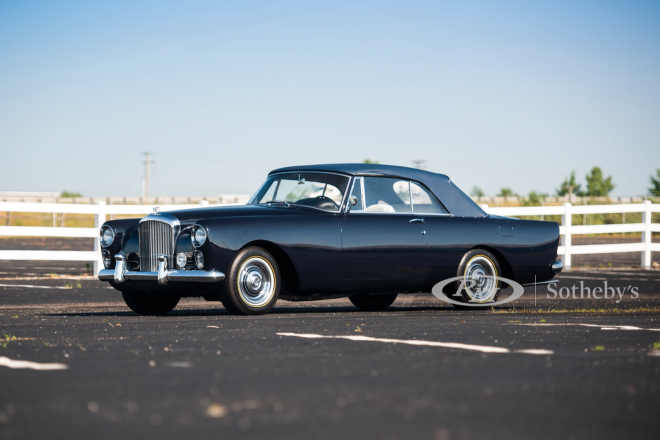 Spotting a Bentley convertible cruising through Hollywood or other high-end Los Angeles burb can be a daily occurrence today. In the late 1950s, it would have been an event. And, if that Bentley you spotted was an S2 Drophead Coupe with Park Ward coachwork, the head of the studio or the studio’s top actor/actress might have been at the wheel.

This style remains one of the most elegant in the Bentley catalogue. It’s also a rarity, with just 65 out of 125 built having the left-hand drive configuration. The body style was later also offered as a Rolls-Royce Silver Cloud III model. Both that car and the Bentley S3 Continental Drophead Coupe would feature a less graceful slanted quad headlight style. 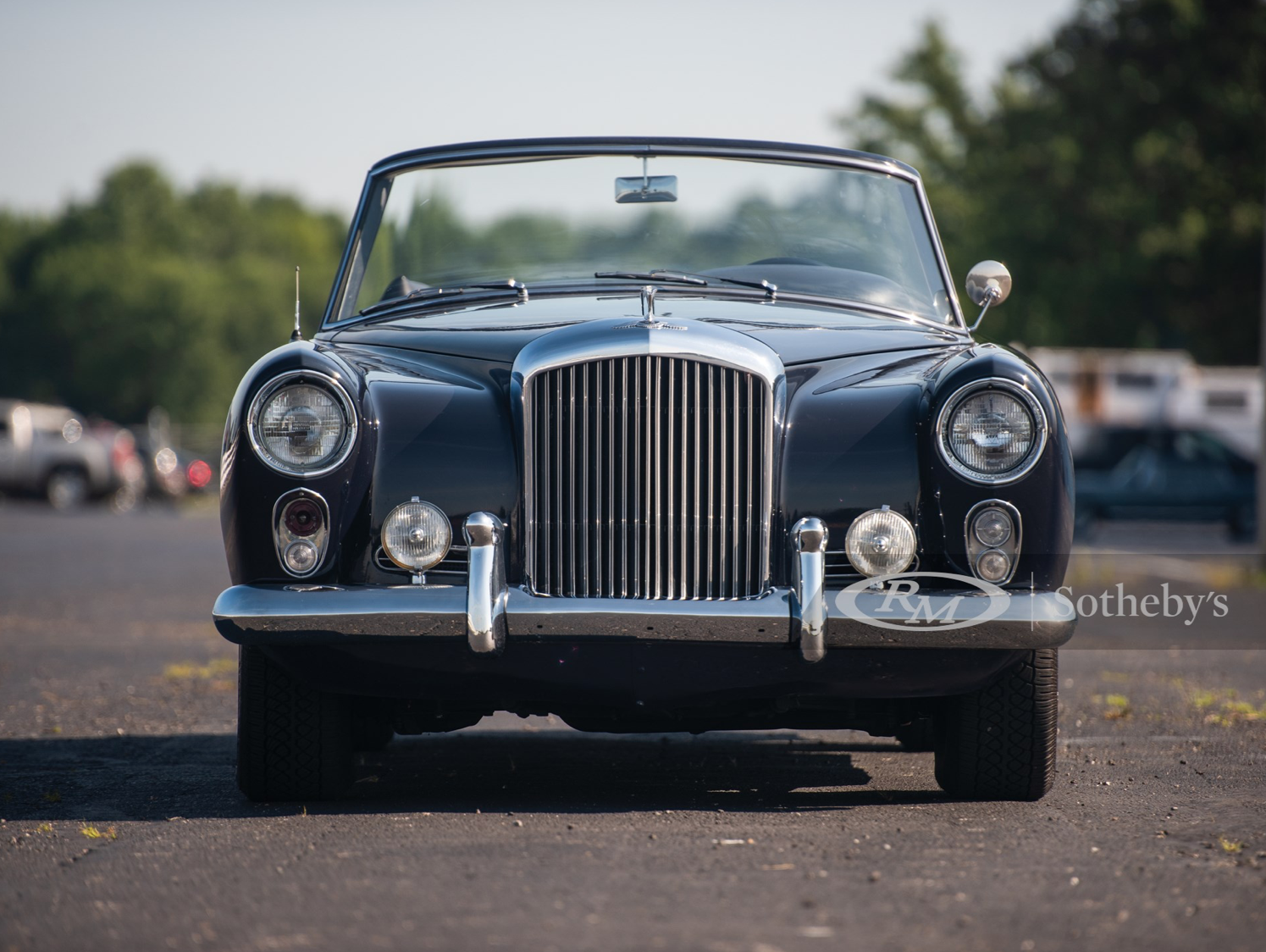 In 1955, the Rolls and Bentley offerings coalesced around the Rolls Silver Cloud chassis. This Bentley model is the S1. Later, in 1959, the arrival of the marque’s first production V8 engine and other improvements brought the name S2. The Rolls and Bentley versions were essentially twins with different grilles.

Bentley continued its Continental name, introduced for its radical-for-the-marque grand touring coupe in 1952, on the new chassis, giving Bentley a model distinct from Rolls.

Rolls/Bentley had not been immune to market demands for more power and luxury. Its 1959 models, called Silver Cloud II and Bentley S2, addressed that. Rolls introduced a new V8 engine in both its own cars and Bentleys. A General Motors Hydramatic transmission became standard, and features like power windows and air conditioning also became options.

The Rolls-Royce/Bentley V8 was a 6.2-liter affair mimicking large-displacement American V8s of the period with its overhead-valve (cam-in-block) configuration, but using lighter aluminum construction. Horsepower may be a bragging point for today’s Bentleys but was not advertised in that era; it was about 180-200.

The engine’s displacement was later enlarged to 6.75 liters (412 cu. in.). When Rolls sought to give Bentley a more distinct identity in the 1980s, a turbocharged version of the engine did the job, setting Bentley on a course to revive its more performance-oriented persona from before its takeover by Rolls in 1931.

When Volkswagen Group bought Bentley after a battle with BMW for Rolls-Royce in the mid 1990s, the big V8 came with the deal. Bentley kept enhancing the engine for the Mulsanne, even as the marque had migrated to the W12 and the smaller Audi-Porsche developed V8 for other models. The Bentley V8’s Production finally ended this month after 61 years. 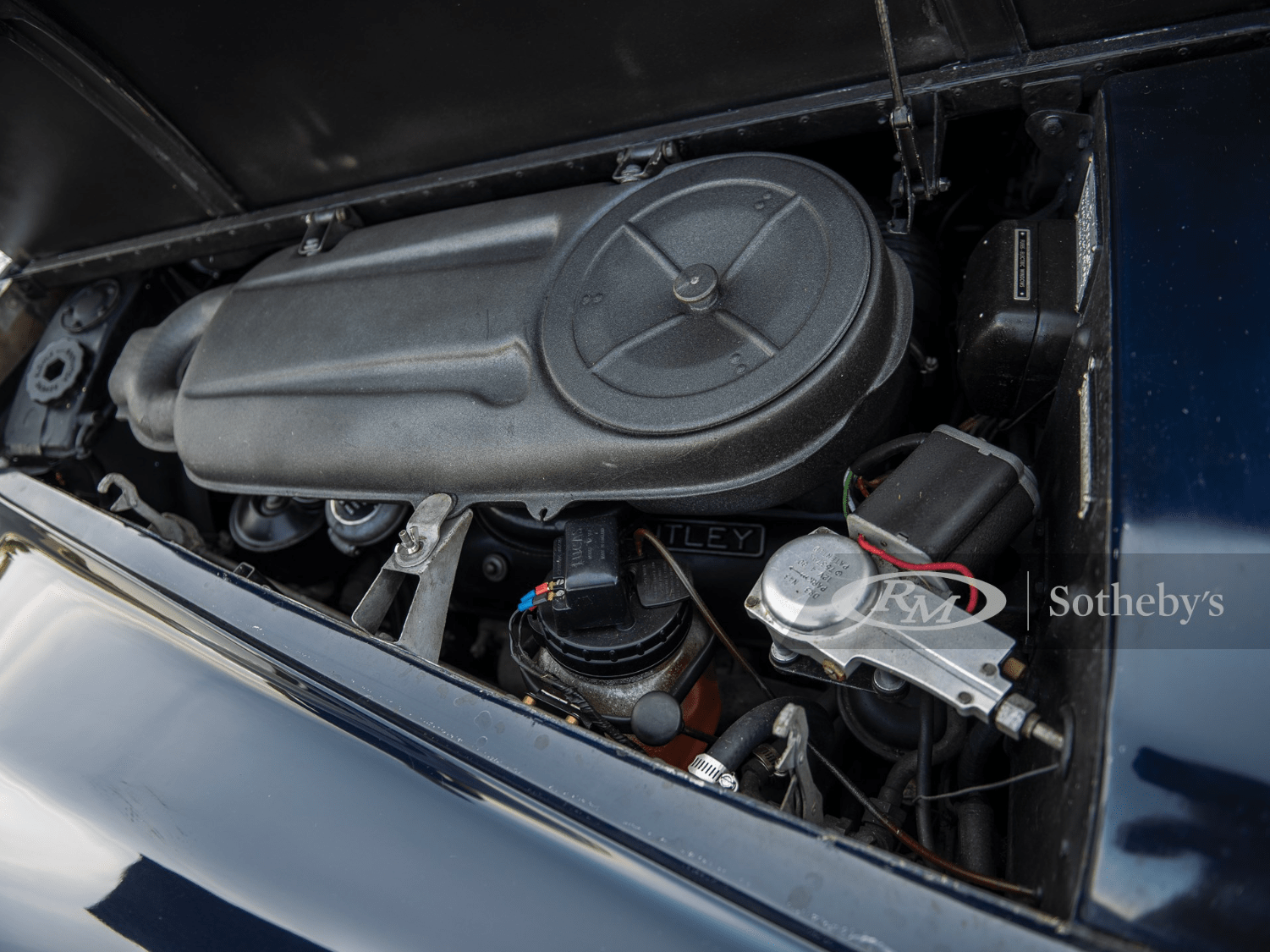 Both the Rolls Silver Cloud and Bentley S2 offered the choice of the standard sedan with the factory body, or limited-production coupes and convertibles with the Mulliner and Park Ward bodies. Both of those formerly independent coachbuilders were owned by Rolls-Royce by then. In 1961, they were combined as Mulliner Park Ward.

The Park Ward design for the Bentley S2 Drophead Coupe, penned by Norwegian designer Vilhelm Koren,is the marque’s most distinctive of the era. It shared nothing with the Silver Cloud/S2 sedan body and looked every inch the truly bespoke car it was.

The shape was fairly radical for Bentley. It eschewed the “double bow” profile that mimicked the separate fenders of 1930s and 1940s car designs. In Rolls/Bentley’s case, the early 1950s models, too. In its place was a straight fender line and slab-side body, a theme that would define the fully modern Rolls Silver Shadow/Bentley T Series introduced in 1965.

The front fenders terminate in peaked headlamp surrounds. The rear flanks ended as subtle fins with three stacked round taillights in each nacelle, a look influenced by mid-1950s American designs. Further, the convertible top was electro-hydraulically powered, lined with a padded cloth headliner with a plastic rear window. 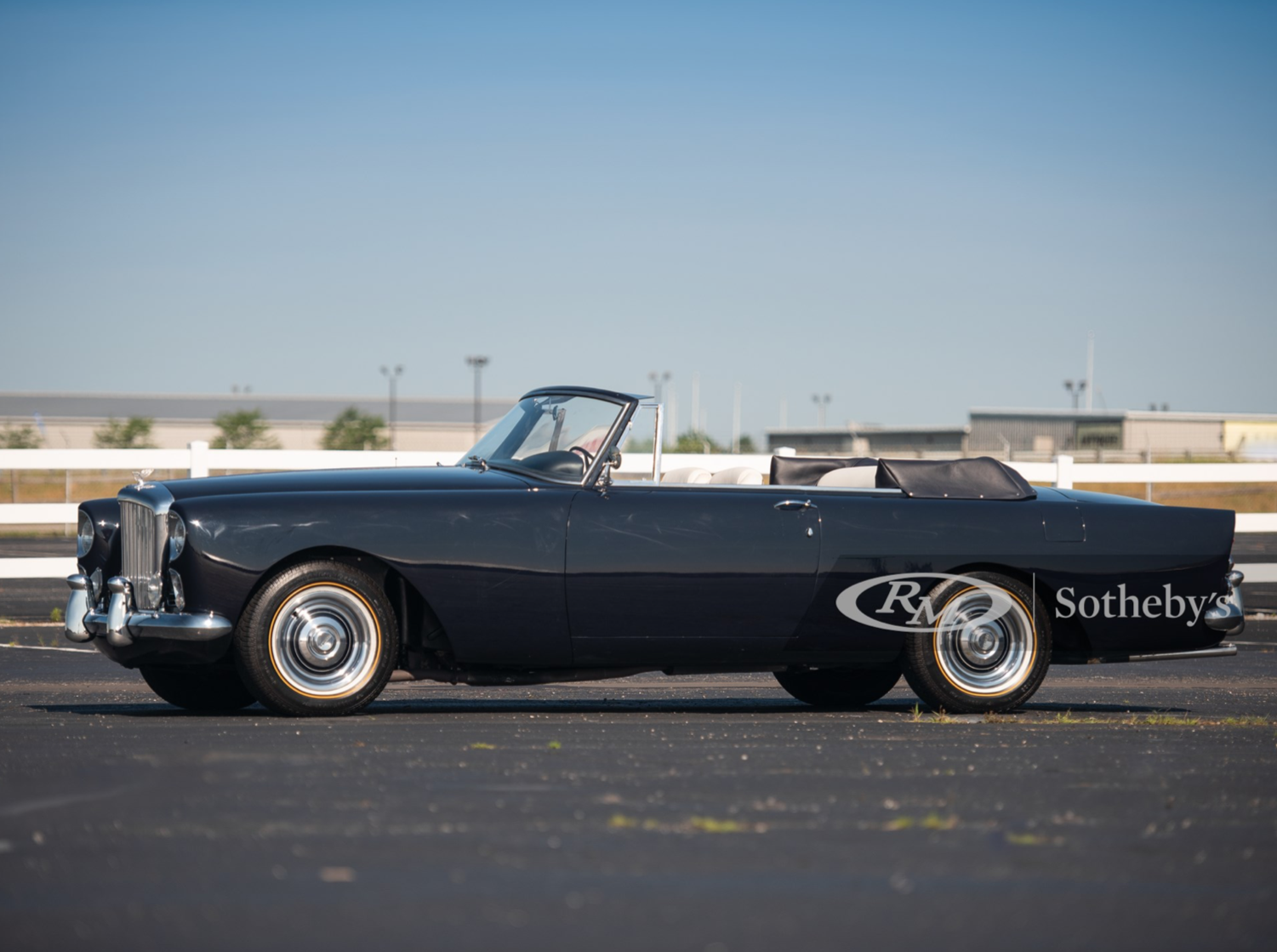 The Bentley S2 Drophead Coupe design was exclusive to the marque only temporarily. When the Rolls Silver Cloud III and corresponding Bentley S3 models arrived in 1963, both now shared the design. Both also used a quad-headlight arrangement that put the light pods at a slant toward the bumper. To most eyes, the Bentley’s earlier single-headlight look was more attractive.

A Bentley S2 Drophead Coupe Park Ward appears in the 1968 political comedy-drama, “Wild in the Streets,” and a Rolls version was featured in a pivotal scene in the 2000 movie, “The Family Man” with Nicholas Cage and Téa Leoni. 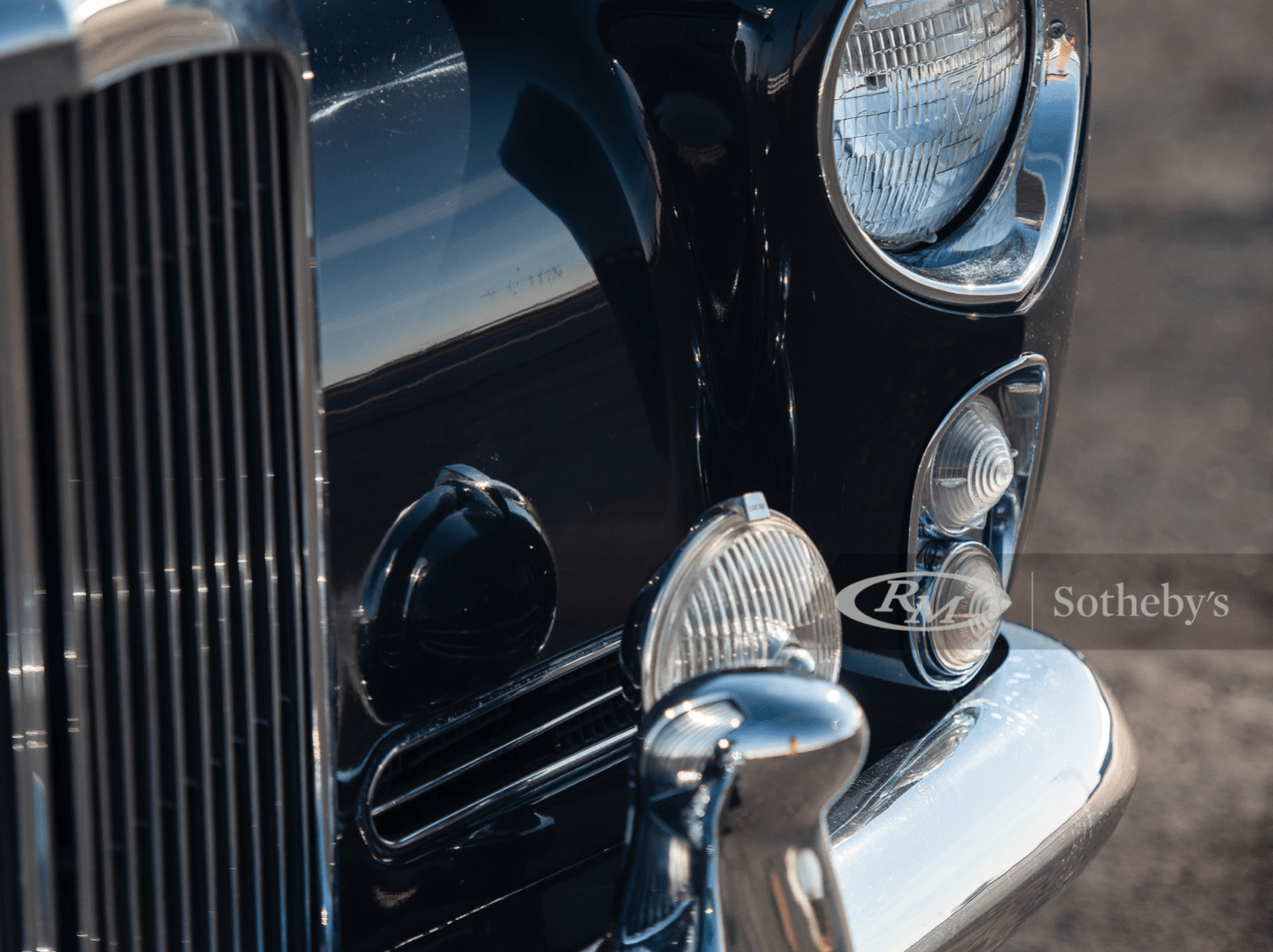 The Bentley S2 Drophead Coupe featured here, sold by RM Sotheby’s two years ago, was originally made for J. Robert Neal, heir to the Maxwell House coffee fortune. That might explain the Midnight Blue paint and dark blue carpeting, which seem about perfect for this large, elegant car. The rare Bentley was also equipped from the factory with power steering, air conditioning, WindTone horns and AM/FM radio with a power antenna.

If a modern car isn’t turning heads for you in the Hollywood Hills, or elsewhere, try a Bentley S2 Drophead Coupe. 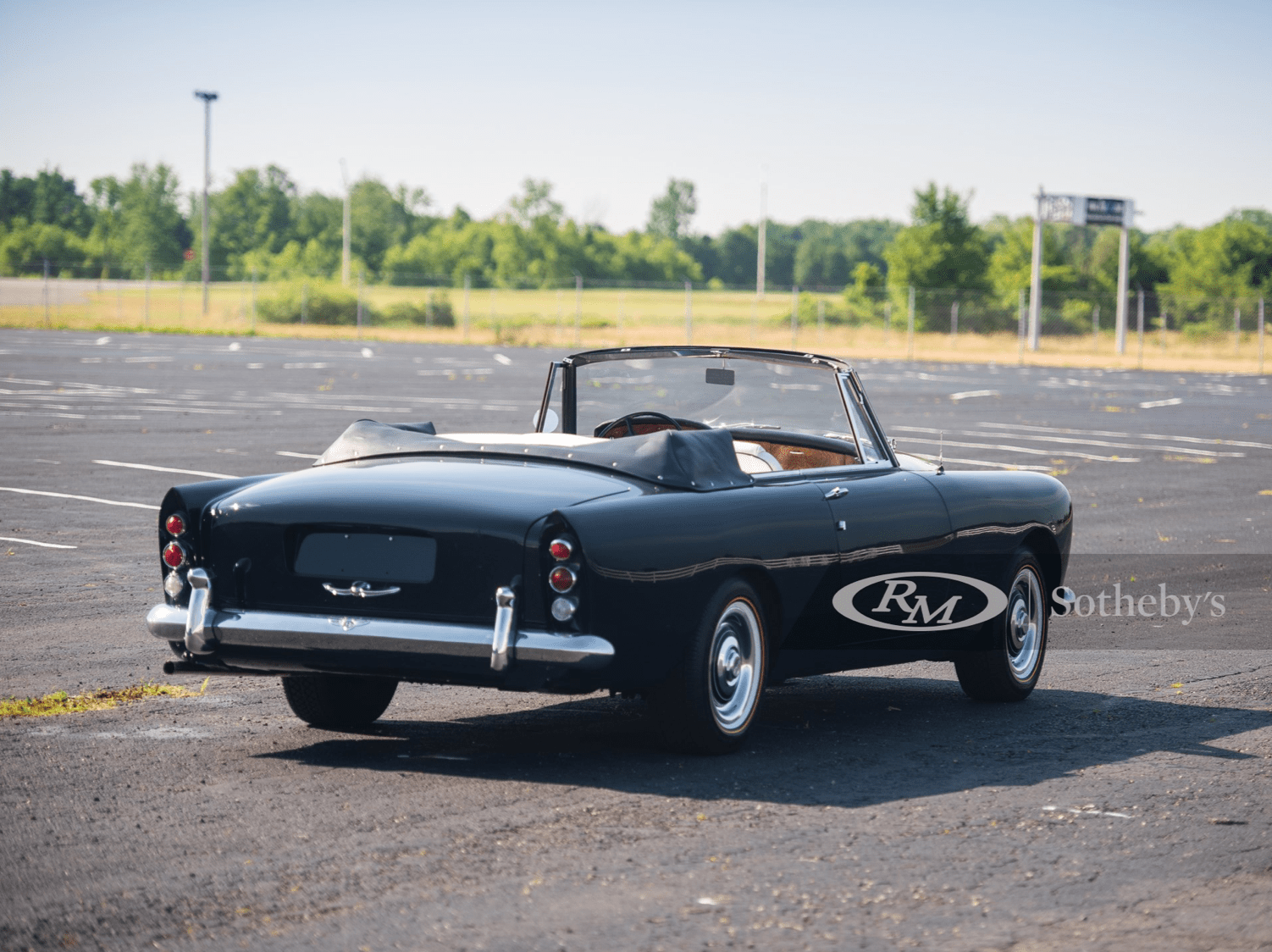