An Italian exotic that flew under the radar

If on the gameshow “Jeopardy” the category was “Connect the Dots” and host Alex Trebek gave the answer as “Alfa Romeo and 1967,” an American car enthusiast might respond, “What is ‘The Graduate?’” After all, everybody knows the landmark hit film that starred Dustin Hoffmann as a recent college grad gifted an Alfa Romeo Spider by his parents, don’t they?

And then the buzzer would sound and Alex would say something like, “Ooh, sorry. That’s not the answer we’re looking for. The correct answer is “What is the Montreal?” Alex would give a brief explanation, such as, “That would be the Marcello Gandini-designed concept coupe that debuted the 1967 International and Universal Exposition, better known as Expo 67.”

Overlooked for so long, the Montreal seems to be getting into the spotlight lately, and RM Sotheby’s will offer a well preserved example at its Elkhart Collection sale October 23-24. 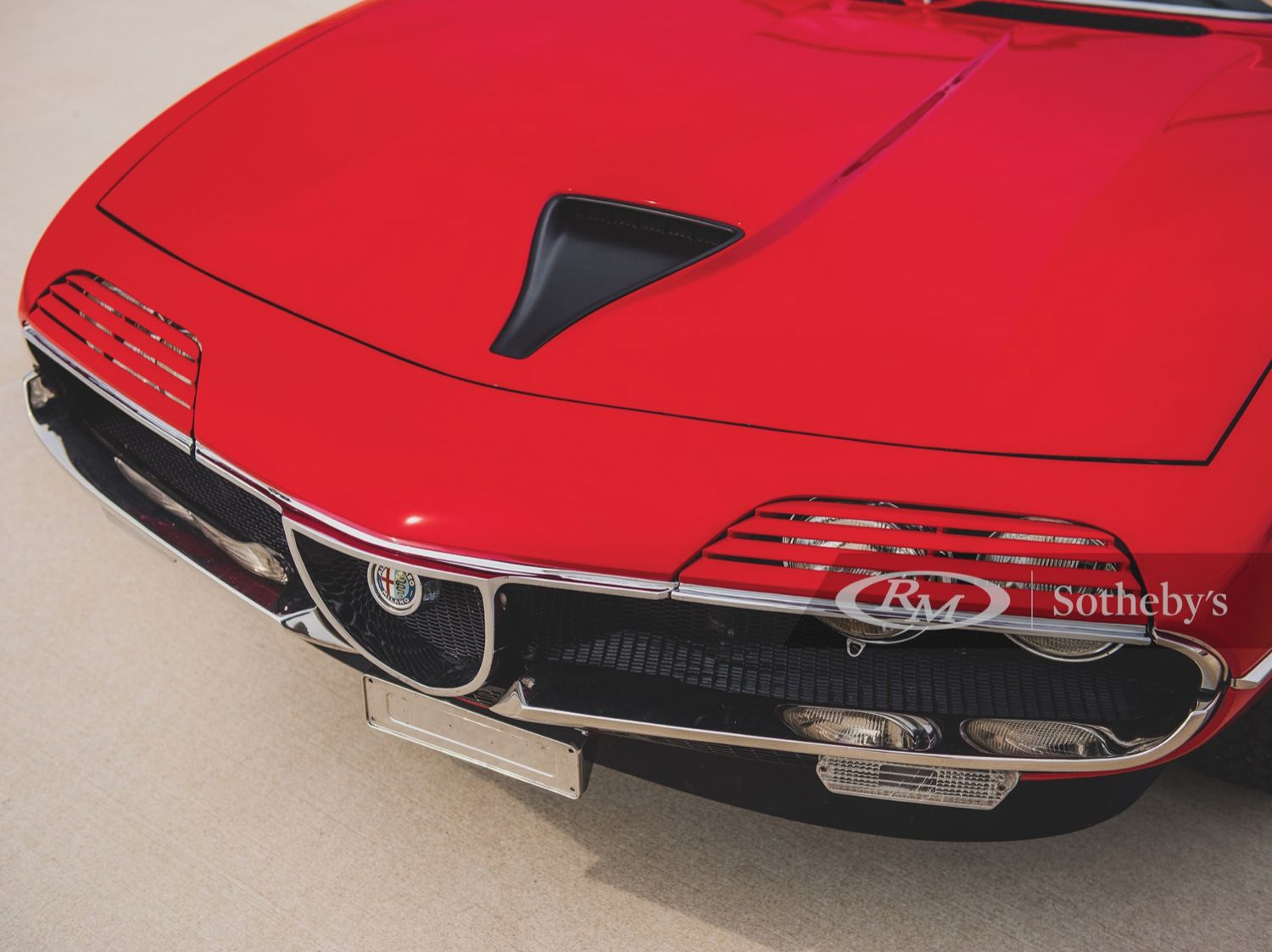 If someday in the future – and we hope that’s the distant future– we are not allowed to drive internal combustion vehicles, we’d imagine that some cars would remain highly collectible for their designs alone. The Alfa Romeo Montreal would fit into that category, despite the relative obscurity that still surrounds the car today. In that future, a buyer might say, “What a perfect example of Gandini in his Miura period.”

But what a shame it would be if the Alfa Romeo Montreal could be observed only in silence. Its exhaust note by itself is a work of art. How did such a beautiful and desirable Italian GT live its life in relative anonymity? 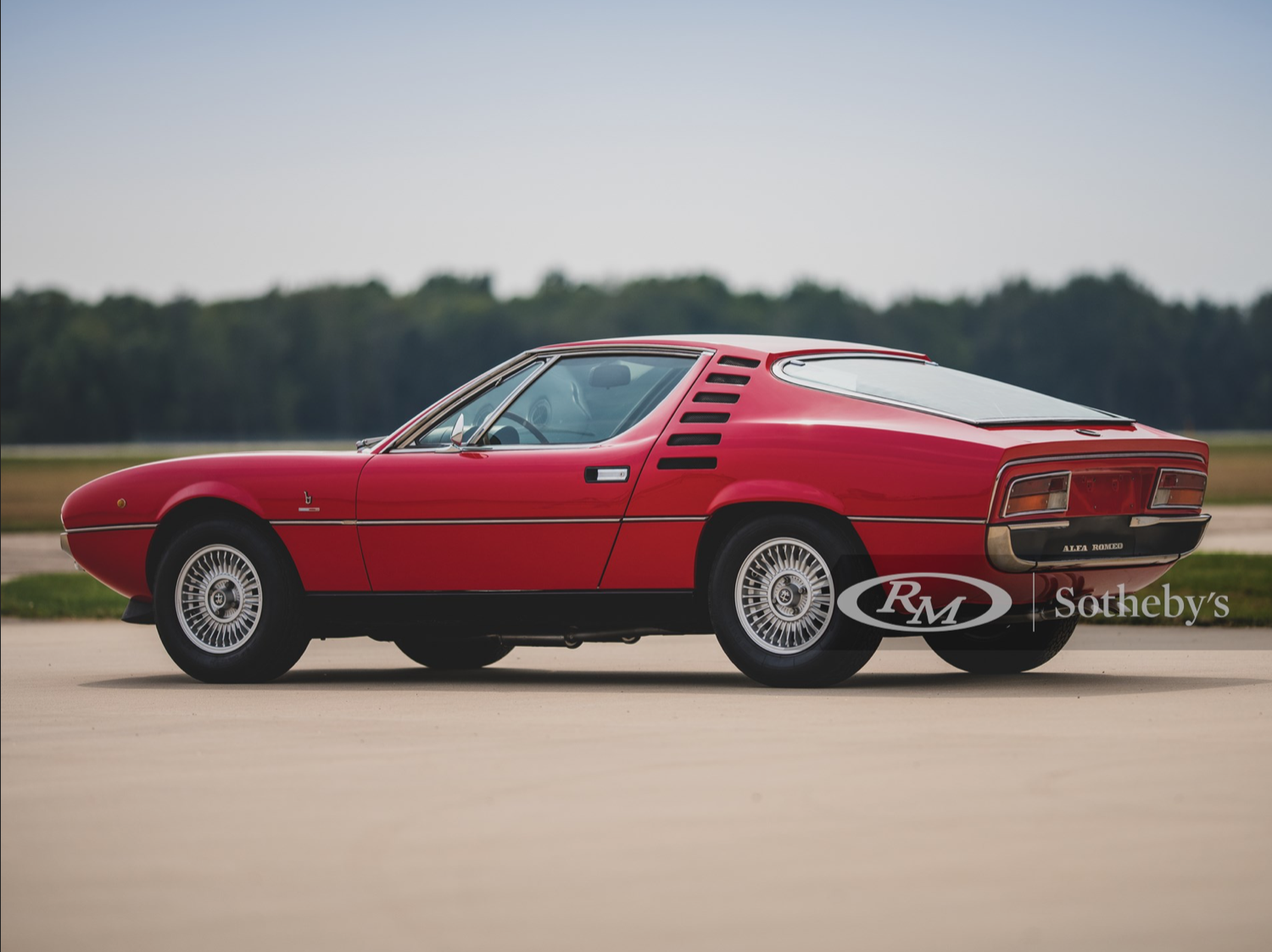 Not Available in Montreal

In 1966, the Expo 67 organizers invited Alfa Romeo to create a conceptual exhibit “of man’s aspiration for the automobile.” In six months, Gandini, working with coachbuilder Bertone, put together a truly striking coupe on an Alfa Romeo GTV chassis and powered by its 4-cylinder engine.

Although the striking coupe concept Alfa unveiled at Expo 67 had no name, it picked up the nickname “Montreal”. When the production model debuted at the Geneva Motor Show three years later, it bore that name, though the badge appeared only on the center console ashtray.

With that name came some irony: Alfa Romeo never sold the Montreal in Canada or the United States. The car remained relatively unknown outside of Europe, where even there it struggled to sell; just over 3,900 were made before production ended in 1977. 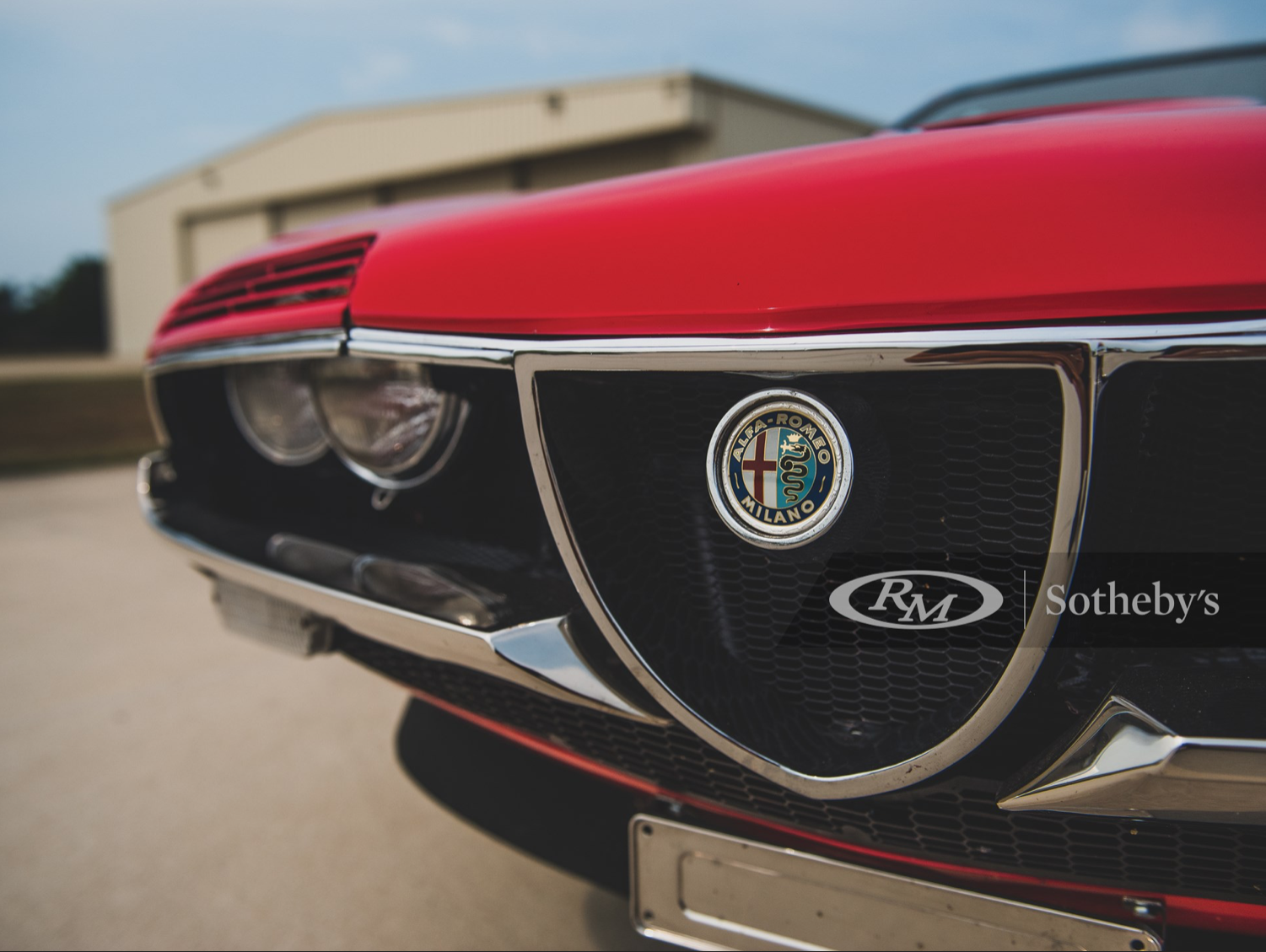 In the Montreal’s design, one can see elements of previous Gandini masterpieces, including the 1963 Iso Grifo and 1966 Lamborghini Miura. The wide, low, shark-like nose featured unusual headlight “blinds,” and the six stacked horizontal vents on the C-pillar drew the eyes to the muscular haunches and truncated tail.

The production Alfa Romeo Montreal was, like the concept version, based on the “105” series chassis. This chassis also underpinned the 1750 GTV and other Alfa models. It was a small car, measuring just 166 inches long on a 92.5-inch wheelbase and just 49 inches high. It was marginally larger than the Datsun 240Z introduced at the same time. 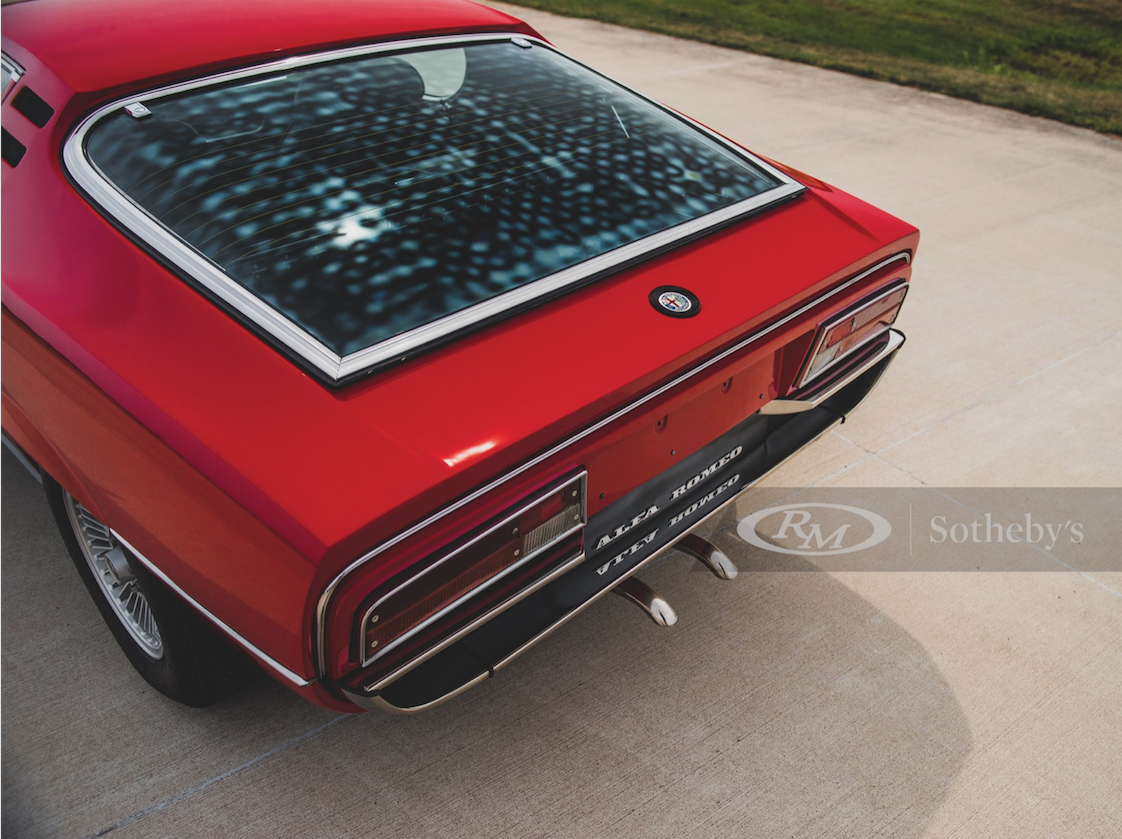 On the road, the Montreal was a sweetheart, if not a scorcher in the modern sense. The pretty coupe weighed 2,900 pounds, which would have been hefty for a 4-cylinder engine. So, Alfa went all out and gave it a V8, making it one of only three post-WWII Alfas so equipped, including the super-rare mid-1960s Tipo 33 Stradale (just 18 made) and the more recent, Maserati-powered 8C Competizione.

In fact, the Montreal engine developed from the Tipo 33 unit. In that exotic model, it displaced 2.0 liters and could spin to 10,000 rpm. For the Montreal, Alfa enlarged the displacement to 2.6 liters, reduced the upper rev range and boosted torque for better everyday performance.

The Montreal engine still had all the ingredients one would find in an exotic Italian V8 at the time, including aluminum block and heads, double overhead camshafts, hemispherical combustion chambers and a dry-sump oil system. Instead of carburetors, as on the Maserati Ghibli’s V8, the Montreal used mechanical fuel injection. 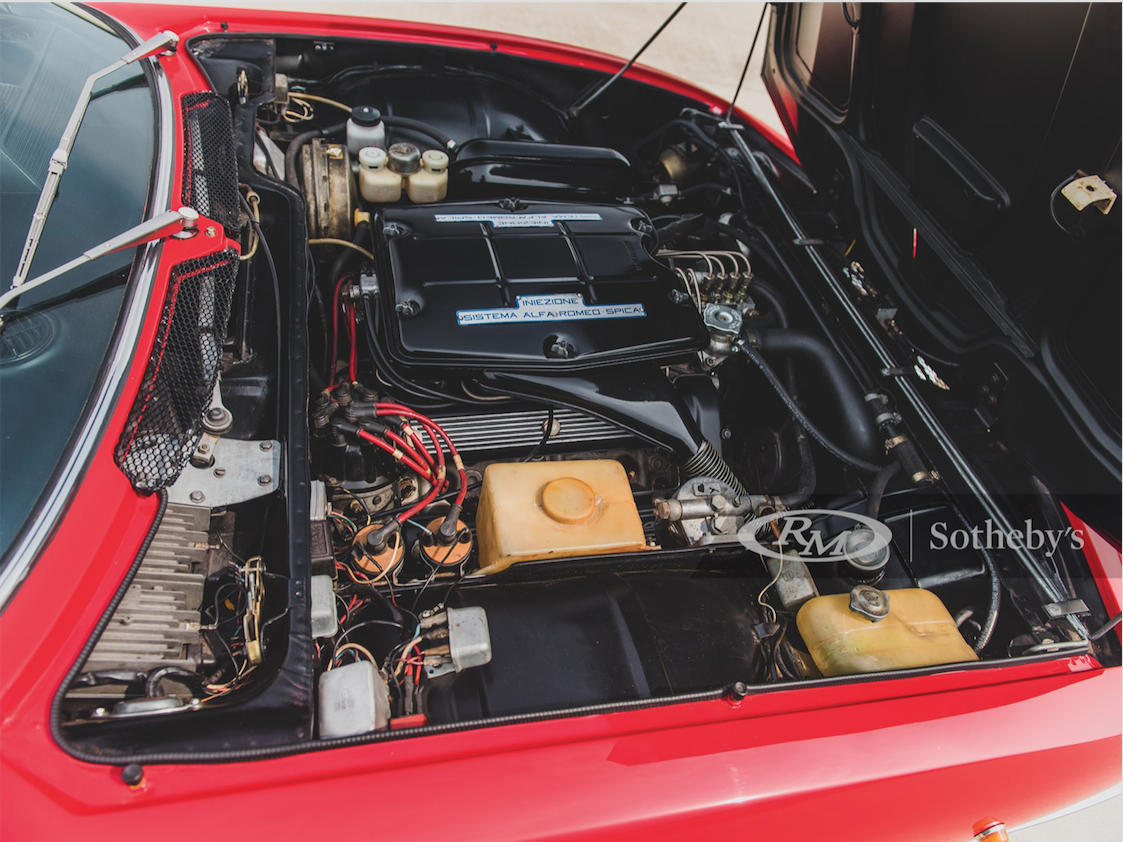 Easily impressive as the Montreal’s power – or perhaps even more so – was the mesmerizing sound, a sort-of combination of Hemi ’Cuda’s rumble and roar with a Ferrari V12’s buzz and howl. The Montreal was not super-fast, but 0-60 in under 8 seconds and a top speed nearly 140 mph were on par with the Dino. 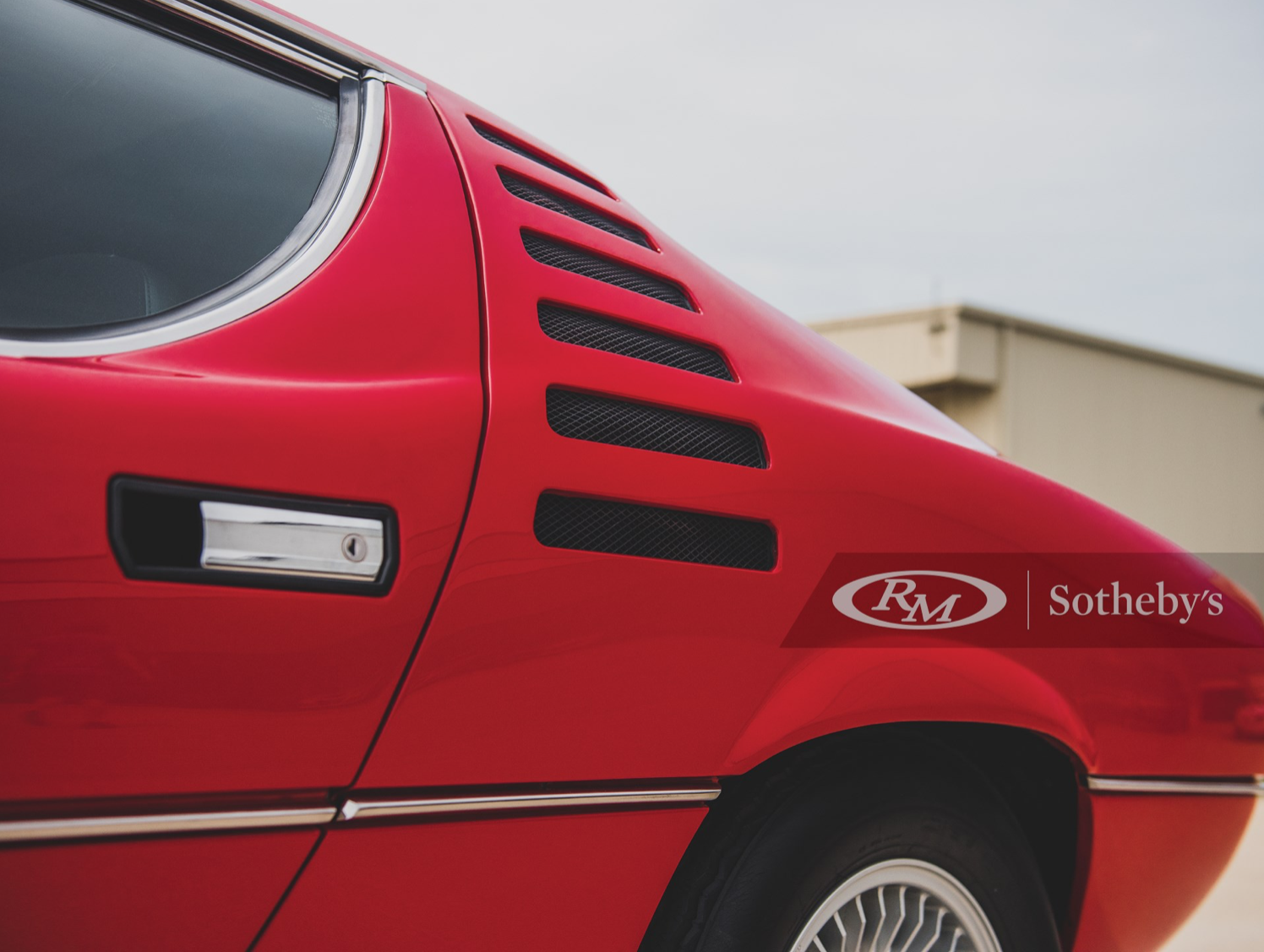 Of Course Jay Has One

Like other Italian exotics of the time, the Montreal drew criticism for mediocre ventilation and odd ergonomics. It was more expensive than a Jaguar E-Type or Porsche 911, which hurt its chances, but missing the U.S. and Canadian markets really thwarted it.

People have privately imported Montreals over the years, with estimates of about 100 cars here. One lives in Jay Leno’s collection. Watch the video and just try to resist the Montreal’s allure. 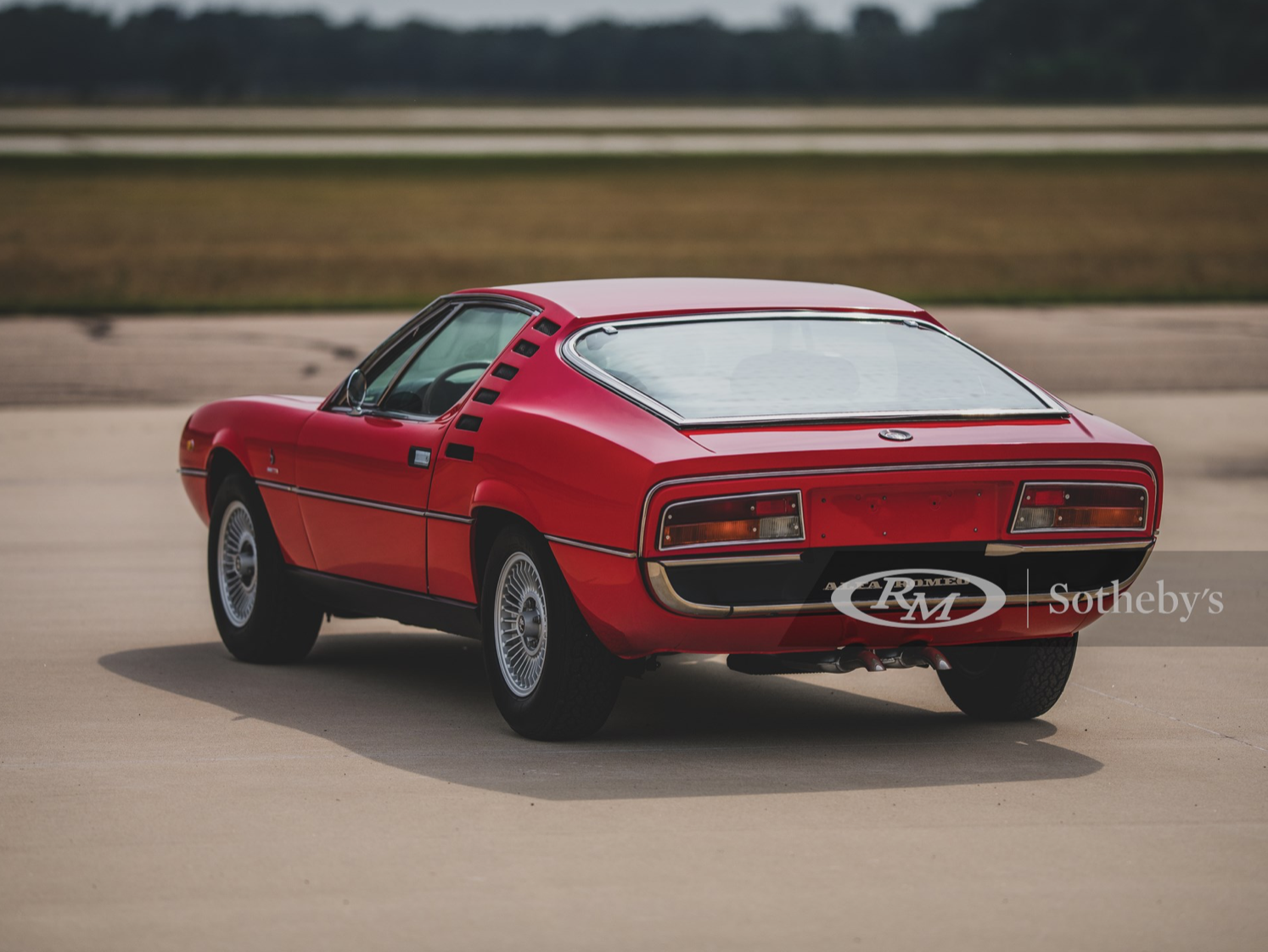