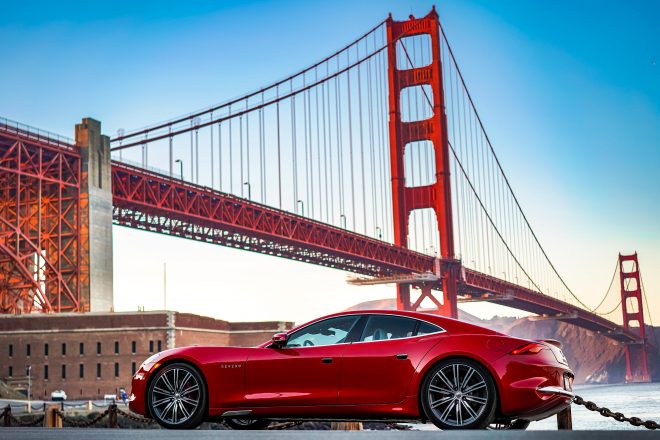 Good Karma Brings Back the Karma

In Buddhist tradition, karma is a force people generate by their actions that will influence their fate in future lives. In other words, be good in this life and you’ll have another good life later.

The Fisker Karma, which went on sale in 2011 and was gone by the following year, must have done something good in its short life, because it re-emerged from its demise to give birth to a new carmaker a few years later. Karma Automotive, based in Irvine, CA, adopted the model name as its brand, reintroduced a much-updated version of the car and is planning a line of electrified vehicles.

First came a revised version of the original Karma, called the Revero, in 2016. Then followed a more thoroughly re-engineered version called Revero GT that’s available now. Like the original Fisker model, the Revero GT (and carbon fiber trimmed GT-S) is an extended-range electric vehicle that some might mistakenly call a plug-in hybrid. 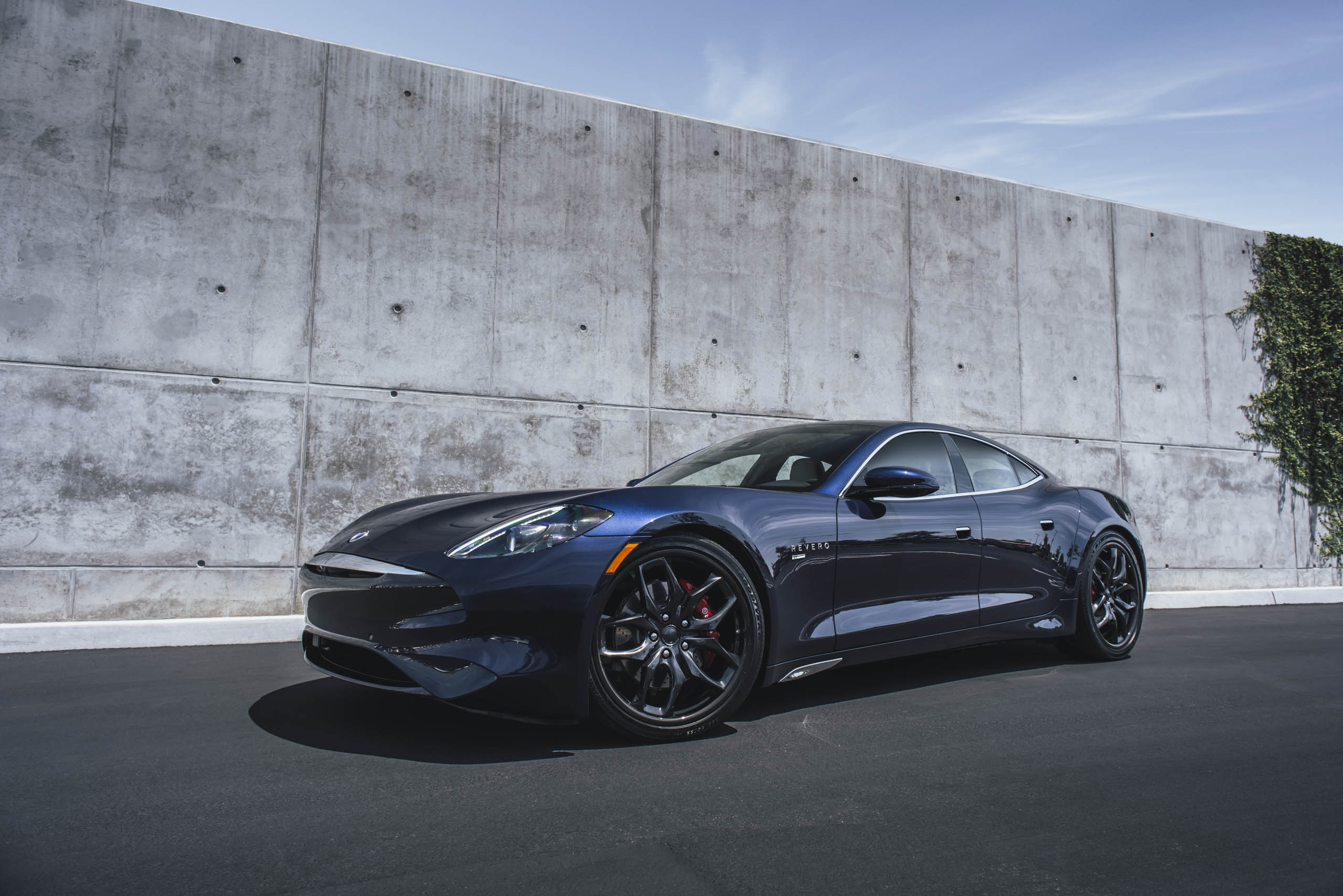 The original Fisker Karma was the brainchild of Henrik Fisker, the Danish-born designer whose portfolio includes the BMW Z8 and Aston Martin Vantage and DB9. He served as design director for Aston Martin and sat on its board of directors. We included him on a list of five great modern designers a few years ago.

With partners and investors, Fisker launched his own Southern California-based auto company in 2007 to build the radical Karma extended-range electric vehicle. He created a stunning four-door sedan design that made other marques’ claims of “coupe-like design” for sedans seem silly. 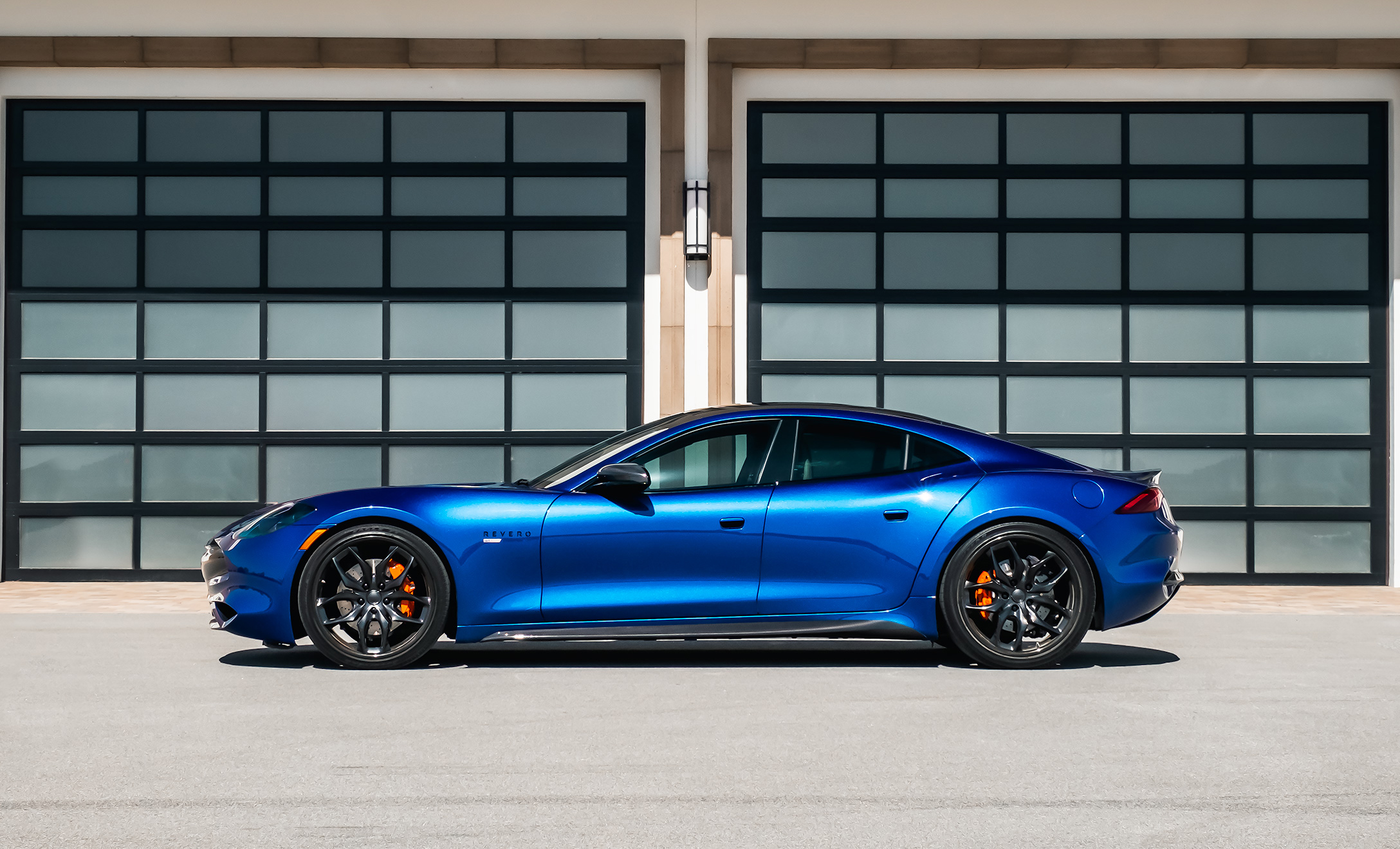 Not Exactly a Hybrid

The Karma drove its rear wheels via electric motors, drawing energy from an onboard lithium ion battery pack that was charged by a “range extender.” This was a General Motors 2.0-liter turbocharged four-cylinder engine that kept the battery charged while driving. The battery could also be recharged at the owner’s home and was good for about 35 miles of range on its own.

The Revero GT continues this arrangement, but with substantial improvements in performance and efficiency. In comparison, a hybrid vehicle combines the output torque of both a gas engine and electric motor via a specialized transmission, while also charging the battery when driving.

From Finland to Fiasco

Fisker production began in summer 2011 at Valmet Automotive in Finland, which up until at year was building the Boxster and Cayman models for Porsche. The Karma attracted celebrity buyers including Leonardo DiCaprio. Media tests, however, revealed numerous shortcomings, including a tight cabin, powertrain noise and disappointing real-world fuel economy and battery range.

Within a year, a confluence of setbacks put Fisker into a downward spiral. Recalls for battery safety issues drove the supplier into bankruptcy, which cut off Fisker. And then things got even uglier. In late October 2012, Hurricane Sandy destroyed more than 300 Karmas that had arrived at Port Newark in New Jersey. In 2014, China’s Wanxiang Group bought up the Fisker assets in bankruptcy. 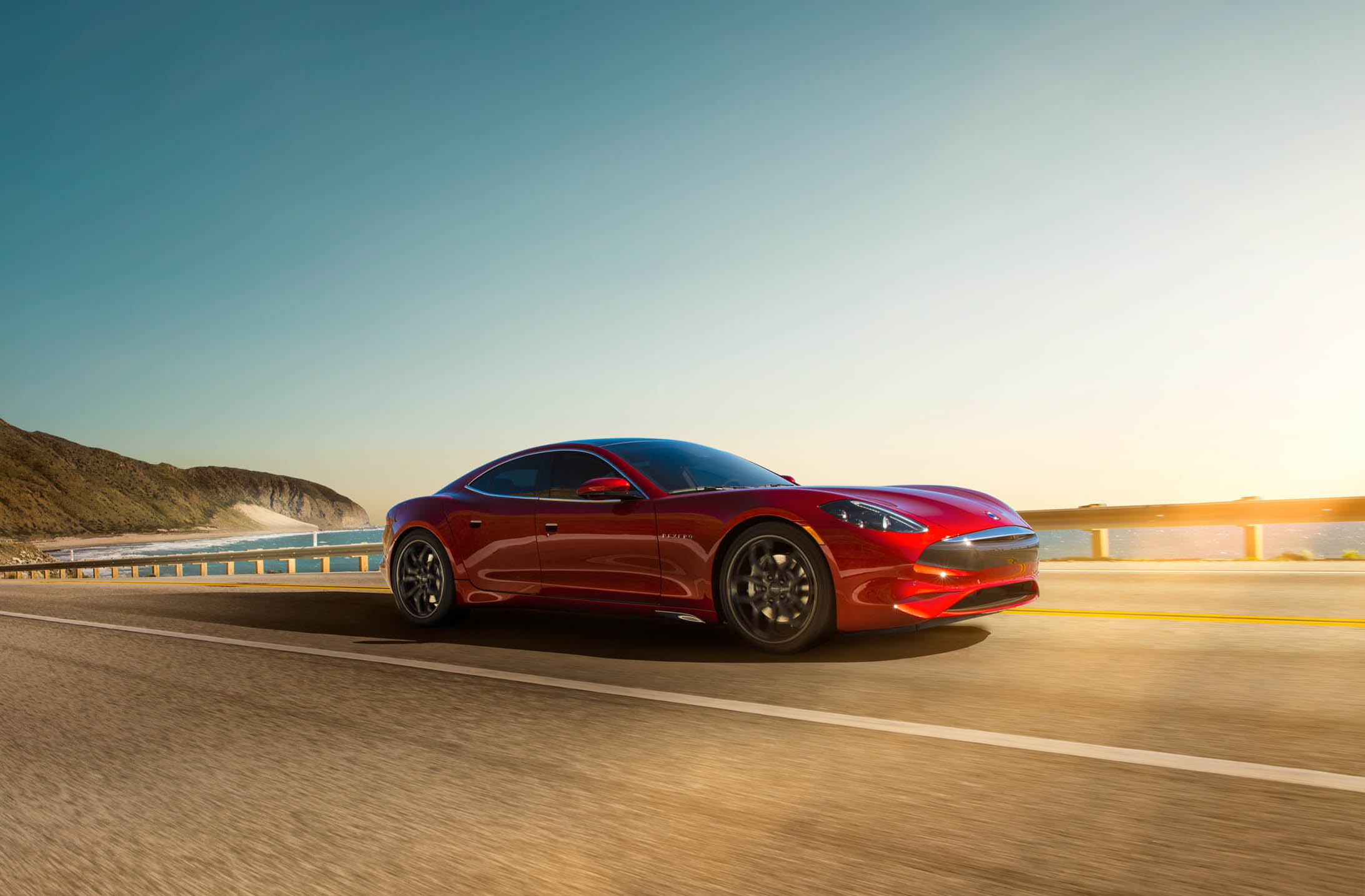 Wanxiang, meanwhile, renamed the original company Karma Automotive and revamped the car, which it called Revero, in 2016. The company then began a more thorough re-engineering of the car, managed by Karma chief technology officer Bob Kruse, who had marshaled the original Chevrolet Volt, also an extended-range EV.

The result of that work is the Revero GT. The design has been tweaked and refined, but most critically, the powertrain and many mechanical elements have been redone or replaced. The “range extender” is now the 1.5-liter turbocharged inline three-cylinder engine from the recently discontinued BMW i8 hybrid sports car. Dual electric motors put 536 horsepower to the rear wheels, compared to 403 hp for the original Fisker Karma.

Through the bankruptcy, Henrik Fisker kept his trademarks, which will adorn an upcoming EV called the Fisker Ocean. 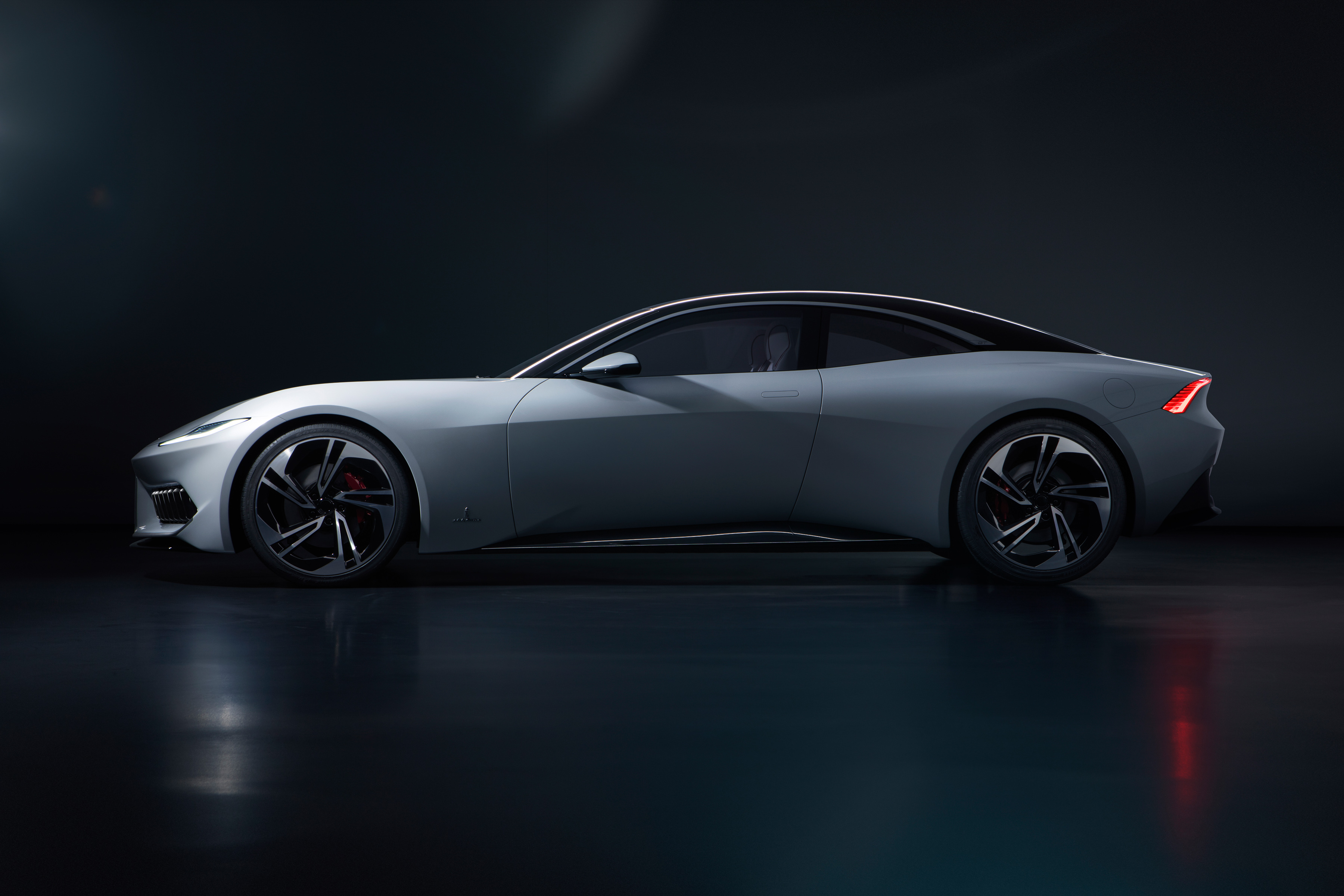 The change to the BMW gas engine and other modifications reduced vehicle weight by about 400 pounds to 5,050. A higher-capacity battery pack yields 61 miles of range on battery alone, according to the EPA ratings. The gas engine generates power to extend range to 360 miles.

Once back home, plugging in to a 240-volt wall outlet can recharge the battery Revero GT’s in about four hours. You can also use a Level 2 public charger. But really, the easiest way to “recharge” on the road is to refill the gas tank, something you can’t do with a pure EV. 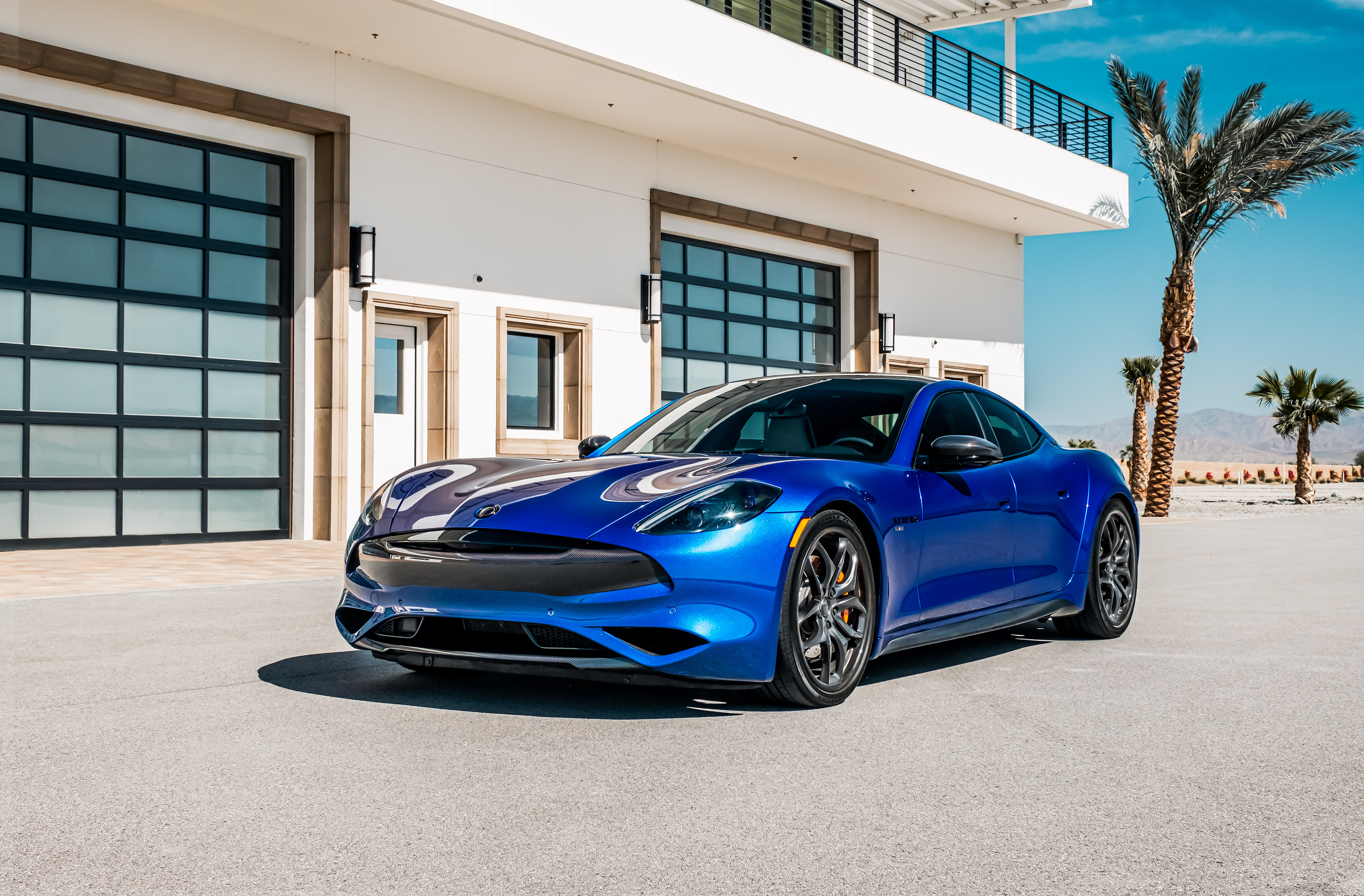 Karma says the Revero GT will do 0-60 mph in 4.5 seconds. While not in the same league as EVs like Tesla Model S or Porsche Taycan, that’s still plenty quick and entertaining. Reviewing the car for CNET Roadshow last fall, Steven Ewing praised the Revero GT’s overall performance. 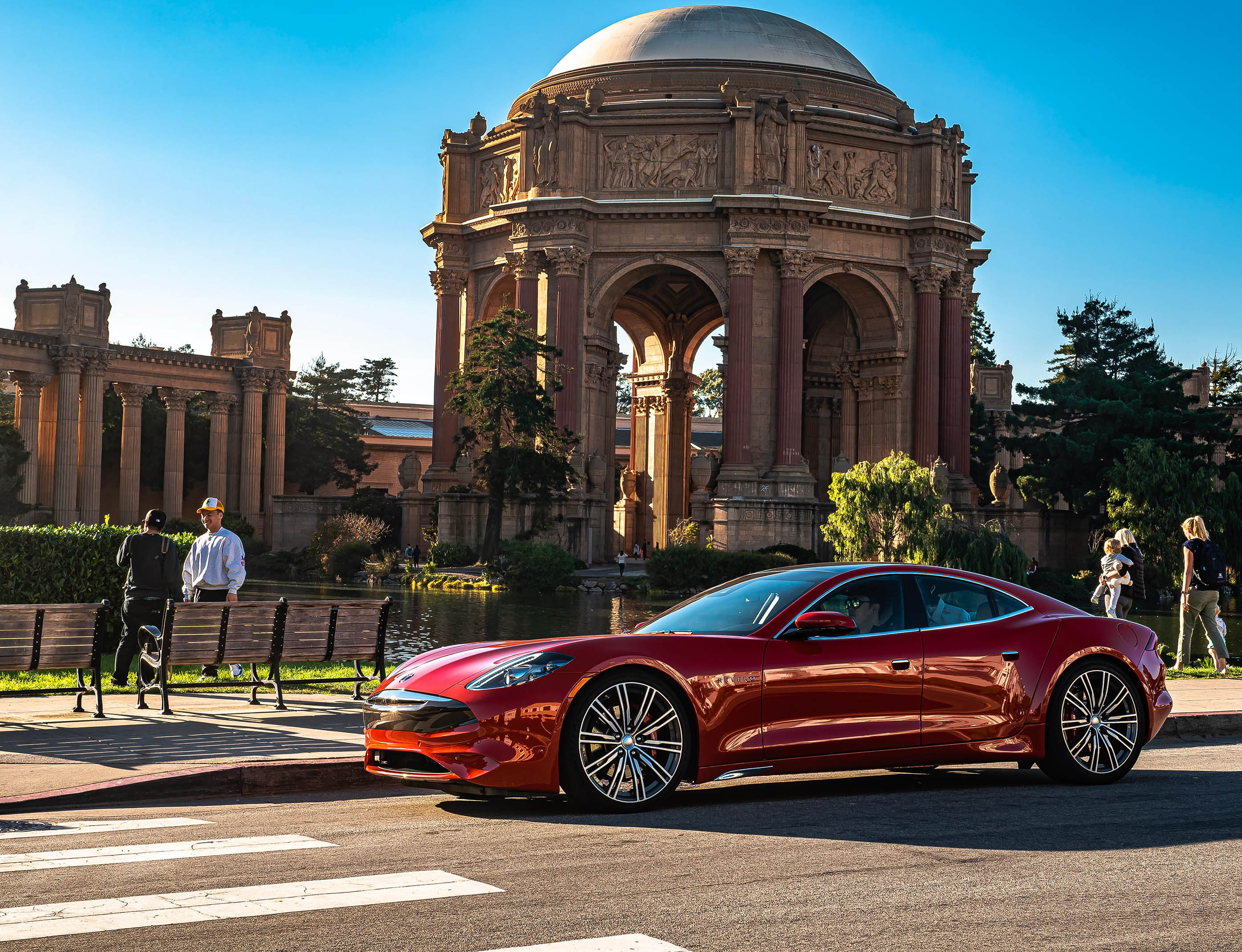 The Revero GT is essentially a placeholder. Karma Automotive has shown concepts for battery EVs and extended-range EVs. The company has also previewed the Karma GT designed by Pininfarina, the fabled Italian designer that has now turned its focus to EVs. In addition, Karma plans to offer a utility van chassis.

Born from a diverse and calamitous set of circumstances, the Karma Revero GT seems like a good start for a new marque. 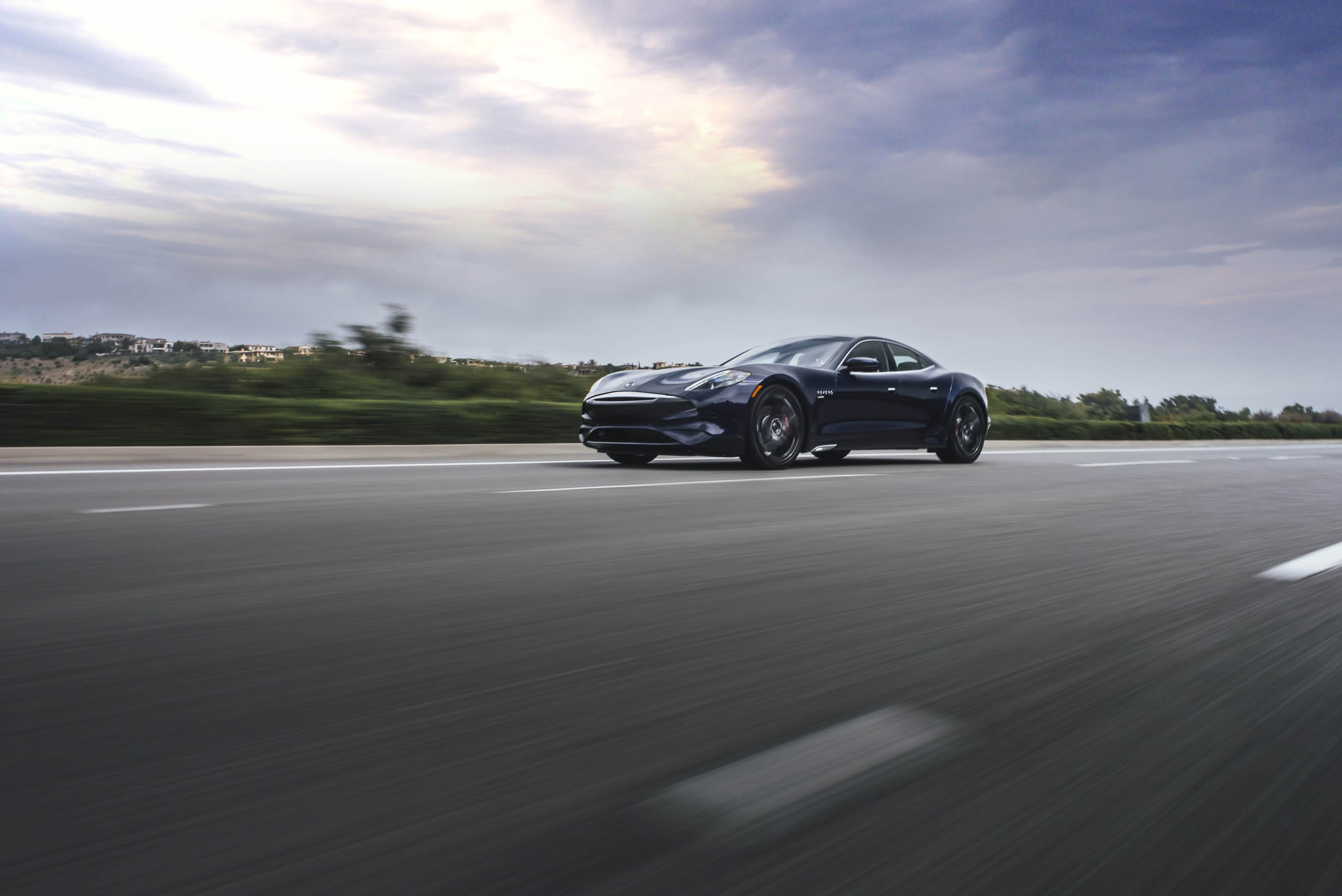