As Ferrari bandies about projections of building 10,000 cars per year, looking back to the marque’s formative years is almost comically eye-eye opening. In 1955, for example, Ferrari built just 61 cars. Production jumped to a whopping 81 the following year. Among the 1956 models was the 410 Superamerica, a super-elite model built at a rate of about one per month.

Ferrari built one dozen 410 Superamerica Series I coupes. This range topper would continue in Series II and Series III forms through 1959, with a total of 35 built.

At its Amelia Island auction, Gooding & Company will offer an exemplary rendition of this ultra-rare and prized Ferrari, a 1956 410 Superamerica Series I that’s had only three owners and under 7,500 miles from new. It has been restored twice, most recently and comprehensively by Rare Drive Inc. in East Kingston, New Hampshire, which applied the rich Amaranto color and butterscotch leather upholstery. The pre-sale estimate is $5m-$6m. 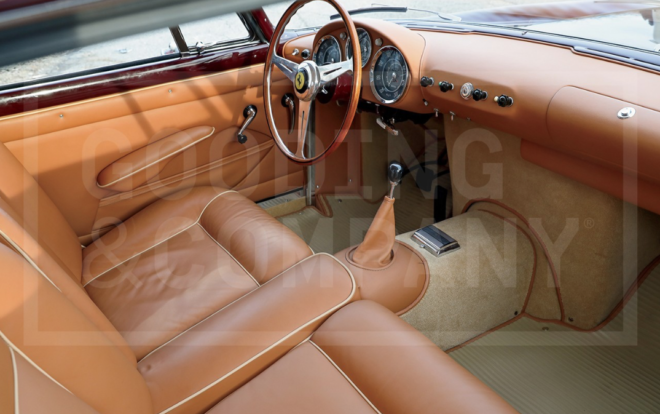 Best of the Best

In Ferrari’s early years, when all models were produced in miniscule numbers, every car could have been considered an elite model. Yet, even then, Enzo and his deputies recognized the value of offering a super-exclusive model, top-of-line in every conceivable way. It didn’t hurt to throw the “America” name into the mix, as a way to entice clients on both sides of the world. 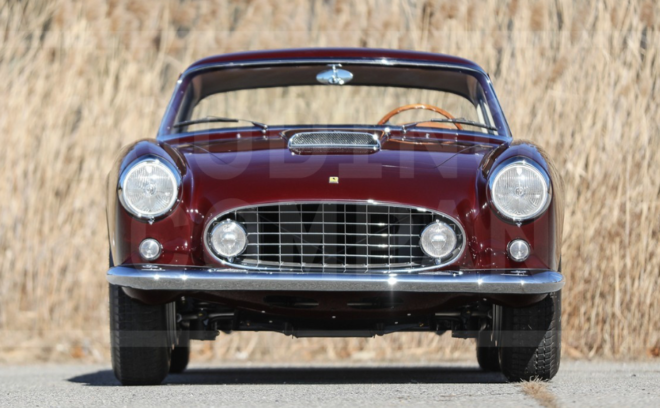 Creating a successor to the 375 America set Ferrari on a course that it follows to this day, with each elite model launched as a message, “So you thought the last one was amazing? Wait until you drive this!”

Just as Ferrari was about to embark on its landmark 250 GT series, the marque issued another leap in elite road car performance with the 410 Superamerica. Its combination of extraordinary power, exquisite design, and unmatched exclusivity needed no marketing beyond an auto show appearance and perhaps a phone call from Enzo Ferrari or Luigi Chinetti to certain clients.

The new model was based on the 110-inch wheelbase and featuring a stronger chassis and a new front suspension system with coil springs instead of a transverse leaf spring. The 4.9-liter Lampredi-designed V12 was based on that used in Ferrari’s legendary 375 Plus sports racer, which won both the 24 Hours of Le Mans and La Carrera Panamericana in 1954.

In the 410 Superamerica, the engine made 340 horsepower, another milestone, along with tremendous low-end torque. The 4-speed transmission got synchromesh on all gears for easier driving. A top speed of 150 mph made it the fastest road car of its day. 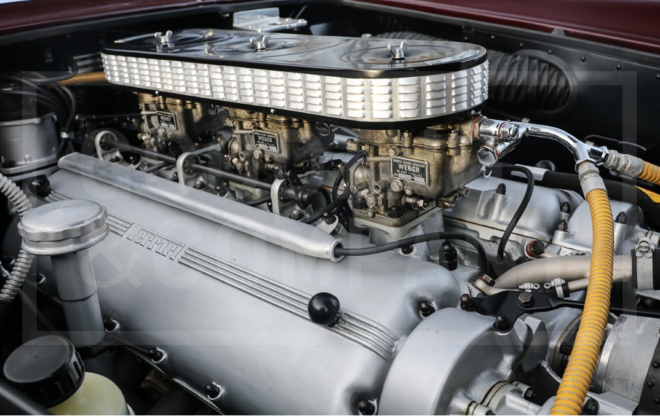 For the 410 Superamerica, Pininfarina continued to refine themes it had been developing for Ferraris through the 1950s. In proportion, scale and sheer presence, the 410 Superamerica was a masterpiece. The contour of the rear fender and the wraparound window were particularly intriguing elements, and details such as the oval grille, fender vents, and hood scoop would influence others.

For this ultra-low volume 410 Superamerica Series I, Pininfarina would also serve as coachbuilder for a dozen cars. The Superamerica was a supercar in price, reaching $17,000 depending on the owner’s specifications.

The 410 Superamerica offered by Gooding & Company at Amelia Island was the 12th built. Ordered through Chinetti Motors in New York, the car was completed in fall 1956, originally finished in gray with red leather upholstery. The first owner, industrialist, philanthropist and collector H. Richard Dietrich, took delivery in Paris and then drove the car during his vacation there. His correspondence with Chinetti is included in a comprehensive documentation file. The car arrived in the U.S. that December and remained in Dietrich’s collection until after his death in 1984, accumulating few miles.

The car’s two subsequent owners were known for collecting coachbuilt and one-off-Ferraris. While in the possession of its second owner, the 410 Superamerica was restored in dark green with a contrasting metallic silver roof.

Accolades for far for this unique Ferrari include the Hans Tanner Memorial Trophy at the 1986 Pebble Beach Concours d’Elegance and, from the Cavallino Classic in January 2009, the Excellence Cup and Platinum Award.