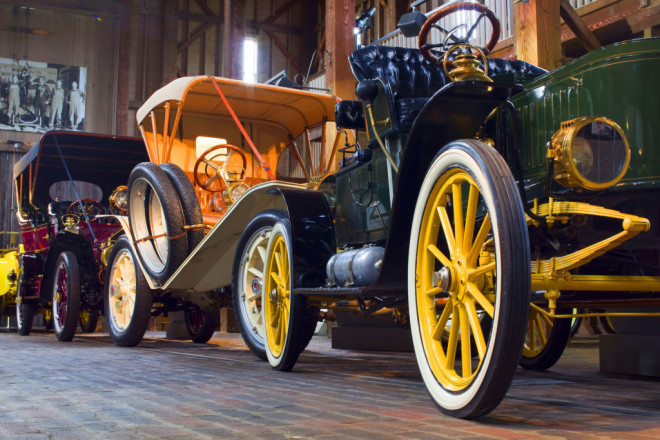 Not to Miss: One of the world’s largest and most diverse collections of automotive hood ornaments.

Nestled between Detroit and Chicago, America’s car manufacturing heartland, the Gilmore displays a massive assortment of predominantly post-war racing, sports, and consumer automobiles. Since 1966, this museum has been displaying historic automobiles, from the unparalleled luxury of Pierce Arrow, to the the elegance and reliability of the Rolls-Royce Silver Ghost. It has something for everyone, with nearly 400 automobiles and motorcycles housed in multiple galleries on the museum’s 90-acre campus.

One of the Museum’s highlights is a 1934 Ford Woodie Wagon, a campy wood-trimmed sedan that now commands a high premium.  Other notable autos include the Tucker 48 and Chrysler Turbine Car; revolutionary and strange, these are yesterday’s cars of tomorrow, with forward-looking features that never caught on.

A vintage chrome-trimmed diner provides an appropriate setting for the similarly bedecked automobiles of the early post-war era, as well as a place to refuel while exploring the grounds.  The museum offers a number of special events and seminars in addition to its regularly changing exhibits.  A comprehensive automotive library, with everything from historical documents to product manuals and advertisements, is open to the public and budding scholars.

For those interested in some low-octane thrills, the museum holds a driver’s education class where participants can experience pre-war motoring behind the wheel of a genuine Model T Ford. If a ride in the original everyman’s car gives you a hankering for something less obtainable, the Duesenberg Model J on display cost as much as 40 Models Ts when new. Every Wednesday night between May and September, the Gilmore hosts a free, cruise-in car show on the grass next to the museum’s 1930’s gas station. 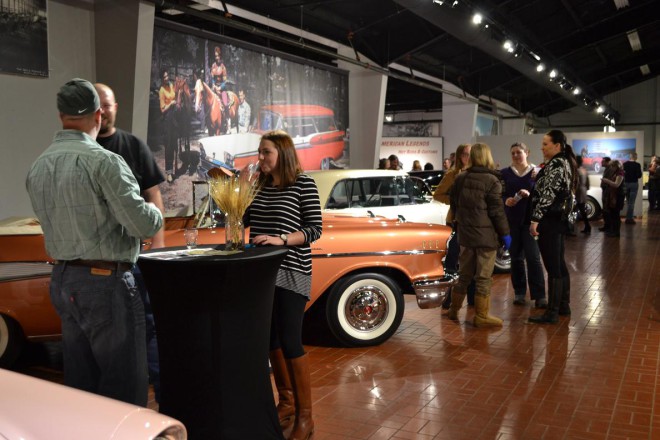