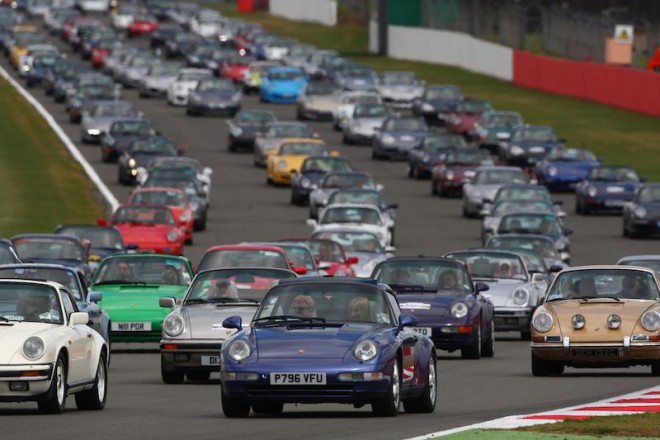 Admission: Concours open to the public

Just in time for Father’s Day

This weekend, the Porsche Club of America‘s national convention drifts into the Jay Peak resort for a week of friends, fun, and eclectic German humor.  The biggest event on the PCA calendar, the Porsche Parade is one of the world’s largest agglomerates of 356s, 911 Turbos, 914s, and all of their Stuttgart siblings. Every year, the Parade brings members to a new location – this time New England’s rolling green mountains will provide the backdrop to a host of automotive events, both for pleasure and competition.

With hundreds of cars registered for the Parade, actually parading them all down a local thoroughfare is a true feat of logistics, but still happens from time to time. In addition to group drives, four major competitive events take place over the course of the week, provided to prove the Parade’s premier Porschephile. 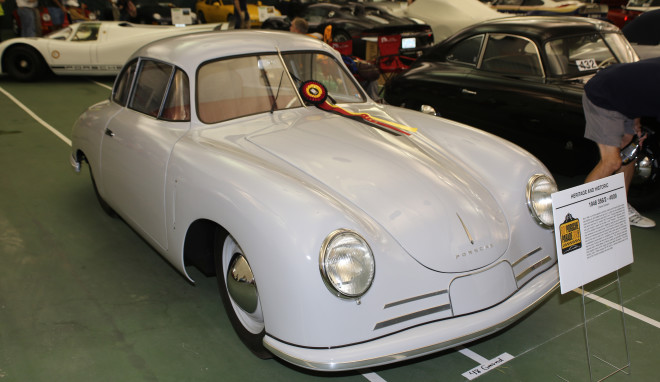 Monday’s Concours d’Elegance is an opportunity to see an example of every generation of Porsche, freshly waxed and gleaming. The classes and criteria for judging reinforce the attitude that Porsches are driver’s cars, not simply static art. The field is broken into three categories, the first being Restoration – those cars that have been rebuilt and brought back to factory specifications – typical concours judging one might expect at Pebble Beach or Greenwich. The second is Preservation, a group judged on its originality as well as it utilization, well-kept vehicles that have been lovingly cared for and driven, not merely stored. The final group is Presentation, focusing not on originality but rather on cleanliness and looks, allowing for the judging of Porsche’s tasteful outlaws. 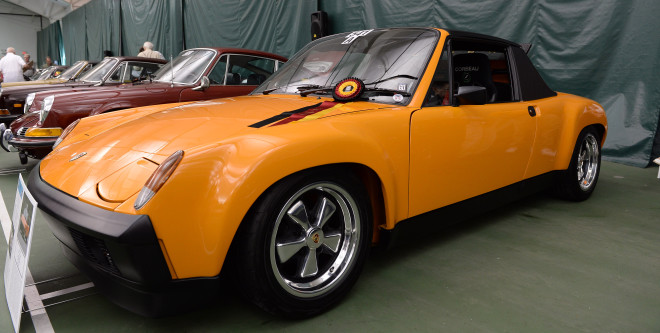 A Porsche is meant to be driven, so it’s no surprise the Parade includes its fair share of racing. Autocross events let Porsches of all vintages compete in classes of their own, racing solo along curves denoted by traffic pylons. Autocross is far less dangerous, considering the only objects to crash into are plastic cones, so prepare to see six-figure classics pushed to the limit. Club races, including wheel-to-wheel, are held when near enough to a track. A Time-Speed-Distance Rally lets a driver and navigator explore the hills of Vermont from checkpoint to checkpoint trying to maintain a designated average speed. For those more comfortable with a history book than a steering wheel, a quiz measures entrants knowledge of their vehicles, and the marque in general. 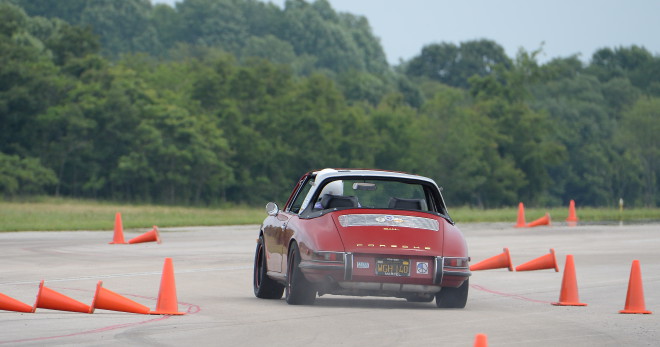